The Film That Lit My Fuse: Emmys Host Cedric The Entertainer On The Transformative Power Of ‘Coming To America’
Read the full story
February 27, 2020 1:41pm
1Comments 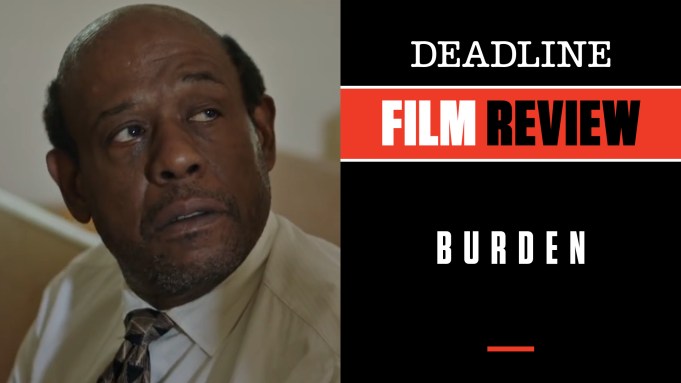 Persistence is everything. It only took writer-director Andrew Heckler two decades and producer Robbie Brenner 15 years to get the strange but true story of reformed KKK member Mike Burden to the screen. But here, even another two years after taking the audience prize for dramatic feature at the 2018 Sundance Film Festival, Burden finally is hitting theaters.

Rescued by new startup 101 Studios, this well-made Southern drama about the complicated redemption of a man taken under the wing of the Ku Klux Klan in a small South Carolina town hasn’t been an easy sell, and now is about 12 minutes shorter than the version that scored a success at Sundance, but it packs a real punch and does it without compromising or sugarcoating the ironically named title character. Garrett Hedlund’s pitch-perfect performance as that man is a big part of the reason this works as well as it does.

Mike Burden isn’t an easy guy to cozy up to. In fact, he comes off as hardcore KKK, having been a part of it since being orphaned and taken into the local SC group by its leader Tom Griffin (Tom Wilkinson) at a young age. It is all he knew, and he is an active part in the group’s latest scheme in this real-life story set in 1996. The Klan has taken over a long-shuttered movie theater in town and, as the film opens, is demolishing it and turning it into a KKK museum and adjacent Redneck Gift Shop, incredible as that may sound. It has elements of Charles Dickens’ Oliver Twist, as Griffin is sort of a Fagin-type figure to the young men he has recruited to do his dirty work in town — and dirty it is.

But not all hope is lost, at least for Burden, when he meets a young woman, Judy (Andrea Riseborough). when he is sent to repossess her TV set. It is an odd springboard for love, but he is instantly attracted, and she, along with an old childhood friend (played by Usher Raymond) serve as a bit of a catalyst for turning around Mike’s way of life. When he takes an action that, to say the least, doesn’t please Griffin and puts Burden on the wrong side of this group, he even finds himself taking shelter with the town’s reverend, David Kennedy (Forest Whitaker), and his skeptical family including wife (Crystal Fox) and son (Dexter Darden).

Kennedy is almost too good to be true, an understanding and forgiving man who is trying to do good for everyone — even those who express inbred hatred for people like him and his family. It becomes the crux of the film’s trajectory and good fodder for drama, and even a bit of a love story, which is the way the film now is being sold.

The events of 1996 in that small town of Laurens, SC, would be hard to believe in any Hollywood film, yet it is all true and many of the real-life players are still very much alive. The fact that it took Heckler 20 years to finally bring it to fruition is ironic in that this story seems remarkably timely now more than ever, and a reminder that not only haven’t we come very far from this unfortunate part of our past, it is an equally unfortunate part of our present.

This definitely is a film worth seeing, so props to Heckler and Brenner (who produced with Bill Kenwright) for never giving up on it. 101 Studios plans to take it slow with a limited platform release beginning Friday in New York and Los Angeles, and then expanding. Check out my video review with scenes from the film at the link above.

Do you plan to see Burden? Let us know what you think.