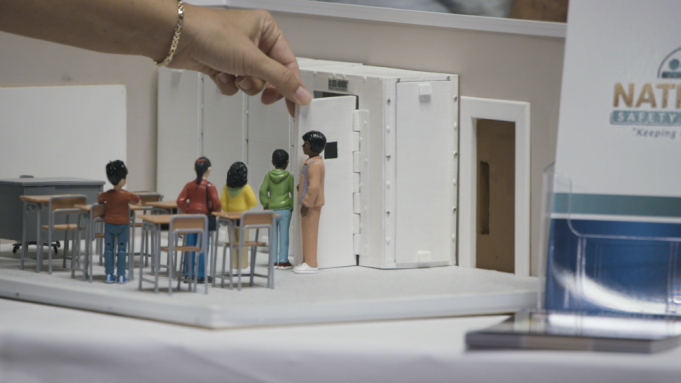 EXCLUSIVE: We’re just at the start of the academic year, but already shooting incidents have been reported at schools in several states, including South Carolina where three students were shot on August 18 as they were leaving Orangeburg-Wilkinson High School. A few days earlier, a 13-year-old student allegedly shot and killed another 13-year-old at a school in Albuquerque, New Mexico.

According to Everytown For Gun Safety, there have been 101 “incidents of gunfire on school grounds” nationwide since the beginning of 2021, resulting in 21 deaths and 56 injuries.

The ubiquity of school shootings forms the backdrop to the new documentary Bulletproof, directed by Todd Chandler.

“Bulletproof explores the complexities of violence in schools by looking at the strategies employed to prevent it,” according to a synopsis. “The film observes the longstanding rituals and rehearsals that take place in and around American schools: homecoming parades, basketball practice, morning announcements, and math class. Unfolding alongside these scenes are a collection of newer traditions: lockdown drills, teacher firearms training, metal detector screenings, and school safety trade shows.”

The filmmakers say Bulletproof brings “viewers into intimate proximity with the people self-tasked with protecting the nation’s children while generating revenue along the way, as well as with those most deeply impacted by these heightened security measures: students and teachers.”

Bulletproof, a Grasshopper Film release, will open October 29 at New York’s Metrograph and the Metrograph at Home virtual cinema. A nationwide expansion will follow.

Chandler won the International Emerging Filmmaking Award at the 2020 Hot Docs Film Festival in Toronto. He has earned fellowships from Sundance and the Points North Institute (the latter organization responsible for putting on the Camden International Film Festival).

In a director’s statement, Chandler said he first began contemplating the documentary in 2015 after a mass shooting at a community college in Oregon that left nine people dead and eight wounded.

“My hope is that the film might transcend immediate causes of and responses to mass shootings,” Chandler wrote, “to provoke a deeper reflection on the array of forces that have shaped the culture of fear and violence in the United States since its inception.”