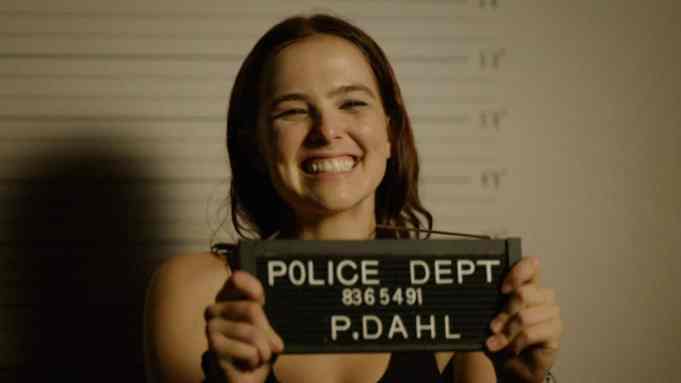 Zoey Deutch has her mind on her money and her money on her mind in the wry but exuberant trailer for Buffaloed, the just-acquired Magnolia Pictures comedy that arrives in theaters on Valentine’s Day with all the romance you would expect from a tale about shady debt collectors in upstate New York.

“I’m relieving people with the burden of debt,” is how Peg Dahl (Deutch) delicately describes her indelicate new occupation in frosty Buffalo (which happens to be the debt-collection capital of America). Deutch’s character has a sharp mind and even sharper tongue but her big plans in life have eluded her. That changes with the arrival of an Ivy League university’s acceptance letter — but how will she foot the tuition bill? That’s the setup for the film that showcases star and producer Deutch, who is coming off a terrific scene-stealing performance in Zombieland 2: Double Tap.

Buffaloed premiered downstate at the 2019 Tribeca Film Festival in the Spotlight Narrative section.