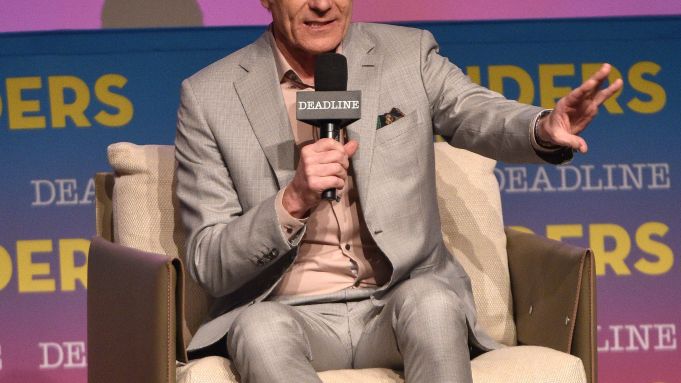 Bryan Cranston came to Deadline’s annual The Contenders Emmys awards-season event and brought with him his new Amazon comedy series The Dangerous Book for Boys, which he co-created with Greg Mottola.

Cranston opened up about the initial difficulty of coming up with a direction for the series, which is based on Conn and Hal Iggulden’s 2012 bestselling book. “It was in the drama department,” he said. “I tried and tried and I couldn’t figure it out. Like so many things, when you allow it to let go of your frontal lobe and just dismiss it, something can happen.”

That was when Cranston decided to turn the drama into a single-camera comedy. “I realized it shouldn’t be under the dramatic division,” he told the crowd at the DGA Theater.

The series follows the McKenna family as they cope with the untimely passing of Patrick (Chris Diamantopoulos), their patriarch and a whimsical inventor who touched the lives of everyone who knew him. His death has left the family reeling, but hope appears in the form of a book called “The Dangerous Book for Boys” that Patrick created as a handbook to help his three sons.

“I went back to the original origins of The Dangerous Book for Boys,” Cranston said. “It was written by two brothers from England who were lamenting the fact that their boys had their noses down in their tablets the whole time and they weren’t experiencing life. I thought to go back to that original intention.”