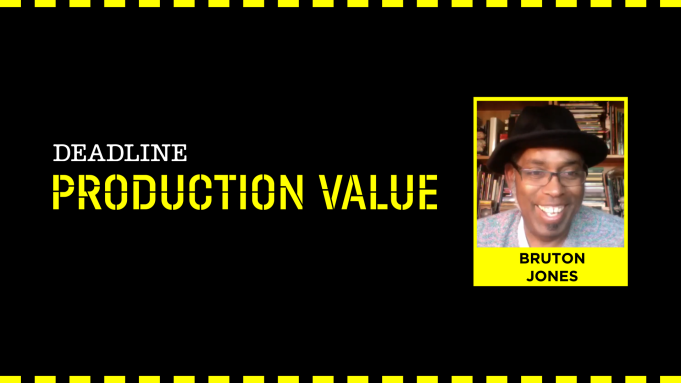 “Being a little boy in Texas, when you see Star Wars and Bladerunner, that’s the first time I actually looked at the credits and saw the concept artist and all the people behind the scenes,” says production designer Bruton Jones. “That’s what I wanted to do and there was no looking back.”

When he was brought in to work on Grand Crew, Jones was immediately into the concept. “I was really excited with the tag line because it was talking about redefining what a black man is,” says Jones. He was also thrilled by the crew he got to work with. “I didn’t realize there were so many people of color in the industry,” he laughs. “I sort of navigate in a bubble most of the time, because I’m usually the only one in the room.”

Created by Phil Augusta Jackson, Grand Crew is a sitcom that centers on a group of friends who regularly meet up at a wine bar. The ensemble cast features Echo Kellum, Nicole Byer, Justin Cunningham, Aaron Jennings, Carl Tart and Grasie Mercedes.

“It was really, really cool to have that project with what he’s trying to do,” says Jones, “and to explore Los Angeles as a person of color that’s not anchored to one community.” The locations of the series, while built on a soundstage, are modeled after real neighborhoods in Los Angeles, which made location scouting essential for Jones. He says, “Its always important to scout the locations to get inspiration and influence for what that space is gonna be.”

While the location scouting was important for his work, it was even more important for Jones to have a deep understanding of each character. “Phil put together a tome,” says Jones, “a bible of each of the characters and what they were about and the music [they listened to], what they read and what their influences are.” After reading through the tomes, Jackson took Jones and the crew to meet his friends, who were the influences for the characters. “Once I was immersed in the environment, and taking in the light and the textures, the people’s conversations, he’s given me already the tools that I needed… his tone, music influences, and putting me in an environment.”

After the main sets were created, Jones was able to hone in on the details. “As a designer,” he says, “I like to try to design spaces that are familiar and that have some detail, texture and history, so that even if you haven’t been in the space, it seems familiar to you.” Jones used these details as visual cues to give the viewer a sense of location, like architectural styles used in certain neighborhoods or different plants and flowers that are native to different regions of California.

One Easter egg that Jones wants people to notice involves the wines displayed in the bar. “Each episode [Phil] introduces a different wine,” says Jones. “I did a lot of research on a lot of black wineries and vineyards throughout the world… [so] I featured different black wineries that don’t get a lot of exposure.”