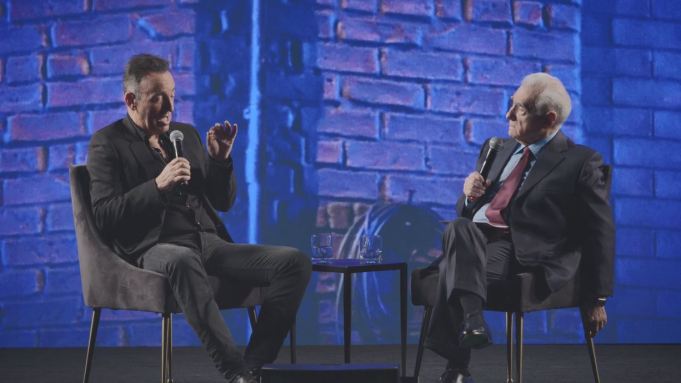 Two legends who exemplify their respective mediums sat down Sunday in Los Angeles on opening night of Netflix’s FYSEE event, and the streamer just released some video. Check out a clip of Bruce Springsteen discussing the mystery of the creative process with Martin Scorsese above and a tease of the Boss doing a solo acoustic performance of “Dancing in the Dark” below.

“If you’re very, very fortunate and good at your job, you capture a small piece of the divine,” the Grammy-winning New Jersey rocker tells the Oscar-winning New York filmmaker, who agrees. “It’s why the creative process has never been will and never be explained.”

That latter pearl of wisdom makes Scorsese beam. The director also agrees with what the Springsteen on Broadway star, who turns 70 this year and just released his first new track in five years, says a little later about that “small, small piece of the divine”: “I think when audiences walk out of a film that’s really moved them or hear a piece of music, that’s what you get to bring to them. And you bring it to yourself, you know? It’s like, ‘I can’t do it for you unless I’m doing it for me.”

Just keep doin’ it, Bruce, and we’ll keep basking in that speck of divinity.