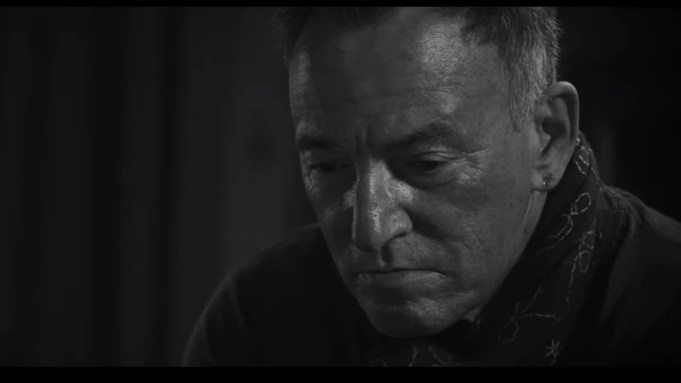 Bruce Springsteen, collaborating once again with director Thom Zimny, released a video today for his new song “Letter to You,” the title track from the upcoming album that marks his return after four years to performing with the E Street Band.

The Letter to You album, Springsteen’s 20 studio effort, is set for release on Oct. 23.

The new song has the feel of a classic Springsteen-E Street mid-tempo rocker, with lyrics that could be a lover’s reflection or Springsteen’s late-career message to longtime fans, was recorded, as were the other 11 songs on the album, in Springsteen’s New Jersey home studio. Releasing the song and video today, Springsteen said he loved both the “emotional nature” of the tune and “the sound of the E Street Band playing completely live in the studio, in a way we’ve never done before, and with no overdubs.” He described the album’s five-day creation “one of the greatest recording experiences I’ve ever had.”

In the song, Springsteen sings:

The video reunites Springsteen with Zimny, who produced and directed the 2018 Netflix adaptation of Springsteen on Broadway. Black and white footage of Springsteen and his longtime band in the studio is interspersed with moody close-ups of the singer.

The album’s track list includes three previously unreleased 1970s compositions (“Janey Needs a Shooter,” “If I Was the Priest” and “Song for Orphans”), along with nine recently written songs.

Check out the video and song above.