The Golden Globes Is Beyond Fixing And The HFPA's Time Is Up: Commentary
Read the full story
August 7, 2018 11:58am
1Comments 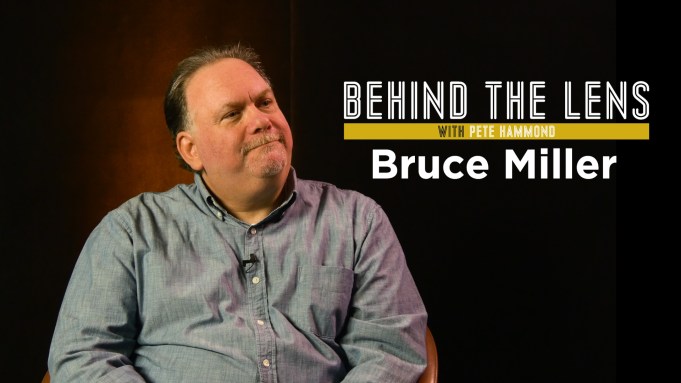 Riding high after sweeping the Primetime Emmys last year with an impressive eight wins off 13 nominations including the much desired Outstanding Drama Series, The Handmaid’s Tale is back with a vengeance in its second awards go-round. It has not only returned to the competition in the top category where it is defending champ, but also ratcheted up its overall numbers with a stunning 20 nominations, including an eye-popping eight of them for its cast members which just might be a record for a Drama Series contender — or at least close to one.

Responsible in large part for shepherding this success for the Hulu series is veteran showrunner Bruce Miller, who serves as an executive producer as well as creator of the show based on Margaret Atwood’s 1985 bestseller. Last year, he personally picked up two Emmys for the series and finds himself up again for his writing and producing efforts.

Miller visited the set of my Deadline series Behind the Lens to discuss the phenomenon and talk about the creative decisions that have made it must-watch TV, including a second season that continues to push the envelope of a dystopian society that is eerily mirroring what is going on in today’s America.

Miller addresses these issues and how they have captured the zeitgeist, and also talks about the strong themes of motherhood in the new season, preparations for Season 3, and working with Elisabeth Moss for whom he can’t come up with enough praise. Plus, he discusses his attraction to science fiction in many of the series he has worked on.