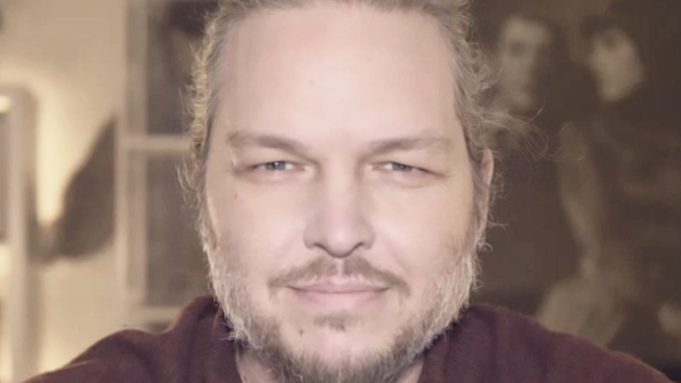 When director Jacob Gentry first read the screenplay for Broadcast Signal Intrusion, it immediately resonated for a number of reasons.

Penned by Phil Drinkwater and Tim Woodall, the film was set in the late ’90s, following a video archivist named James (Harry Shum Jr.) who was haunted by the mysterious disappearance of his wife. Channeling all of his angst and obsession into his work, the character would then uncover a number of disturbing ‘broadcast signal intrusions,’ looking to understand the conspiracy behind them.

In conversation with cast members Shum, Kelley Mack and Chris Sullivan at Deadline’s virtual Southwest Studio, the director explained that like James, he had set out in his career in the age of analog media. “I related to [the character] because…I’ve spent a lot of time with VHS decks and stuff,” he said. “I spent a lot of time doing something similar to what Harry’s character does in the movie.”

For Gentry, the script’s deep dive into pirate broadcasting was also a major draw. The little-understood phenomenon involves the hacking of broadcast signals from radio, TV or satellite feeds—either for sinister purposes, or simply to troll those on their receiving end. “It’s really interesting because it’s not like you can just easily hack into a situation like that,” he said said. “It takes sophisticated equipment and a lot of know-how, and that’s why it’s…fascinating.”

Based partly on the “Max Headroom incident”—a real broadcast intrusion, which took place in Chicago in 1987—the film was inspired, stylistically, by paranoia thriller of the ’70s, among them a trilogy of films by Alan J. Pakula, including Klute, Parallax View and All the President’s Men.

As they boarded the film, Shum, Mack and Sullivan all were drawn into the mystery at its center, doing their own research on broadcast signal intrusions, while scrutinizing the motivations and actions of their characters.

“When I first read the script, I was more intrigued on what I didn’t know, than what was laid [out] in words,” said Shum, who also served on the film as an executive producer.

Added Mack: “I went down a little bit of a rabbit hole myself. It was very interesting, and I wanted to understand what exactly the team would be trying to get across in the story.”

Perhaps best known for his turn as the affable Toby Damon in NBC’s This Is Us, Sullivan was also drawn to the project because it allowed him to play a much more sinister and enigmatic kind of character than he had in the recent past. “I’ve always wanted to be the dark weirdo that the main characters meet in a parking lot,” he joked. “It’s just kind of right up my alley.”

Produced by Queensbury Pictures, Broadcast Signal Intrusion premieres today at SXSW at 6 p.m. PT. For more from our conversation with the pic’s director and stars, check out the video above.