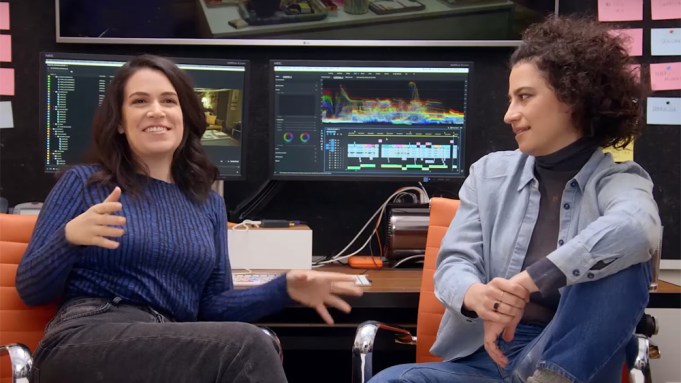 EXCLUSIVE:  Broad City may be over, but the legacy of Comedy Central series will live on beyond its years — particularly with a featurette that sheds light on the journey of Abbi Jacobson and Ilana Glazer’s series that started off as a humble web series and turned into a cult comedy phenomenon. And for five seasons, it never compromised its bonkers, pot-smoking twentysomethings-living-in-New York comedy which made it appealing to everyone from Gen X’ers to millennials.

In addition to putting the lens on Jacobson and Glazer, the 13-minute short documentary shows how executive producer Amy Poehler became involved with series and also puts the spotlight on director/writer Lucia Aniello and Paul W. Downs (who also plays Trey on the series). Hannibal Buress (Lincoln), Arturo Castro (Jaime) and John Gemberling (Bevers) share their own stories about being Broad City.

Jacobson and Glazer also talk about championing underdogs, share their experiences about working with their dedicated team and about being respected as female creators in the industry. Most of all, everyone shares their thoughts on that emotional finale and the authenticity of the series and how it reflects the relationship between the Jacobson and Glazer and the entire Broad City family.

Watch the featurette above.