Continue to Deadline SKIP AD
You will be redirected back to your article in seconds
Skip to main content
September 22, 2021 12:19pm 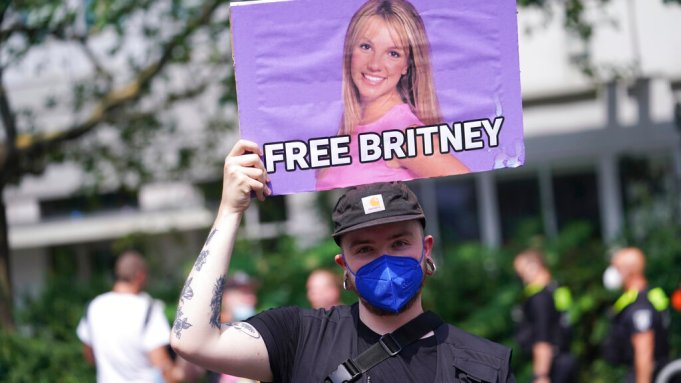 As the court showdown heats up again over the decades-long conservatorship that has controlled Britney Spears’ life, Netflix today offered the first significant glimpse into its well-timed documentary Britney vs Spears.

And let’s just say the Erin Lee Carr-directed film wants you to think it is going to blow the roof off the repressive legal entanglement — as you can see in the video above.

Or as the once-Princess of Pop is heard saying in the fast-moving trailer: “It’s been 13 years and it’s enough!”

First confirmed on Tuesday, the documentary executive produced by Liz Garbus, Dan Cogan and Amy Herdy is slated to launch September 28 on the streamer. With timing being almost everything in showbiz, that date is one day before the jam-packed Los Angeles Superior Court hearing that could be the death knell for the conservatorship that has held the reins on almost every aspect of Spears’ life since 2008.

Promising leaked documents and other insider info from “someone very close to the conservatorship,” the Story Syndicate Production’s Britney vs. Spears appears mainly set up as a battle of wills and financial control between the performer and her father, Jamie Spears, and a Praetorian Guard of lawyers and judicial officials over her nearly $60 million fortune.

Again, mentioning timing — the dropping of the first full trailer for the Netflix pic came less than an hour after Britney’s new-ish lawyer Matthew Rosengart filed a new petition to have the singer’s father suspended from his powerful conservatorship perch by September 29 if the elder Spears, who Britney has publicly called “abusive,” doesn’t resign.