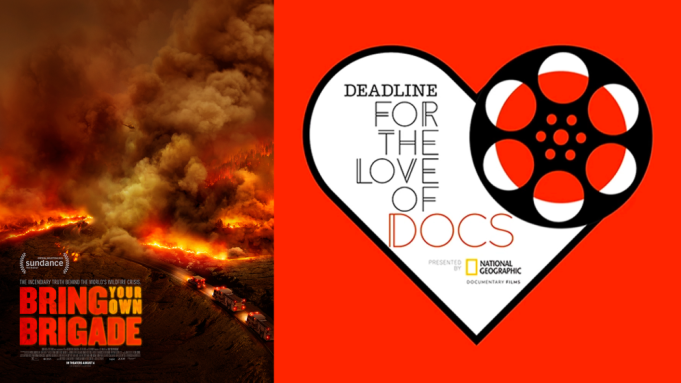 To many observers, it may appear the country’s most populous state is going up in smoke.

California has suffered through another destructive wildfire season this year, with the Dixie Fire alone consuming almost a million acres. Three years ago this month, the Camp Fire in the Northern California town of Paradise and a wildfire in Malibu, in Southern California, killed 88 people and destroyed thousands of homes.

Documentary filmmaker Lucy Walker, a native of Britain who now makes her home in California, has watched the ferocious wildfires with growing alarm.

“I was so surprised and confused… about what these fires were about. And I think that was a clue that I didn’t understand this new landscape that I moved to,” Walker said. “Like other Europeans moving to California, to this country, I really brought my European familiarity set with me and didn’t recognize it.”

Walker, a two-time Oscar nominee, set about educating herself on the subject, a process that resulted in her eye-opening film Bring Your Own Brigade, which played as part of Deadline’s For The Love of Docs screening series.

“Can we be safe? What’s going on?” are among the urgent inquiries behind the film, Walker explained during a panel discussion after the screening. “Where is this place that I live and why is this burning? It was a very simple question and a very complicated film to make.”

Walker spent time with residents of Malibu and Paradise who survived the fires. In Paradise, which was virtually wiped off the Earth in 2018, she discovered causes of the Camp Fire that haven’t been reported and go beyond the effects of global climate change.

Some of those causes involve preventable missteps. For instance, the Camp Fire accelerated towards Paradise after tearing across lands that had been clear cut and replanted with young trees a decade prior. In effect, the replantation created a wildfire superhighway. Sierra Pacific Industries managed those lands, and followed longstanding replantation practices that may have unintentionally propelled the destruction.

“Fire will always come back to these places… A 10-year cycle, basically, from the 2008 Lightning Complex [Fire] in Butte County, 2018 with the Camp Fire, 2020 with the North Complex [Fire], 2021 with the Dixie Fire,” noted Professor Don Hankins, an expert in pyrogeography and one of the subjects of the documentary. “The point is, is that it’s going to come back. All these places are going to have fire back in them again. And, so, what kind of fire do we want to have is really the decision we need to be making.”

Hankins is a Plains Miwok traditional cultural practitioner steeped in understanding of the land, water, and fire. The film makes the point that indigenous people here possess ancient and sophisticated knowledge of how to manage forests and mitigate the dangers of wildfire, including through the use of prescribed fires. But that wisdom has been systematically ignored.

“We’ve lived with that since early initial European arrival into California and the inability to recognize the highly refined knowledge and systems that our ancestors have carried forward for thousands and thousands of years. And, so, it’s simply a pattern of replication,” said Trina Cunningham, a Mountain Maidu cultural practitioner and subject of Bring Your Own Brigade. “Really getting down to that cultural base of knowledge that elders that we do have left have, and really understanding that relationship to place, is absolutely important to being able to move forward and in a good way.”

Cunningham noted increasing receptivity in recent years to this ancient understanding. Yet… “There’s still this sense of, ‘We’re going to do it our way, no matter what.’”

Walker was present at a city council meeting in Paradise where a series of wildfire mitigation measures were debated, including an ordinance mandating a five-foot “defensible space” separating homes from grass, trees and other vegetation.

“This space is needed to slow or stop the spread of wildfire and it helps protect your home from catching fire—either from embers, direct flame contact or radiant heat,” according to CalFire, the state’s department of forestry and fire protection. “Proper defensible space also provides firefighters a safe area to work in, to defend your home.”

But the city council voted that down and every other wildfire protection proposal.

On the positive side, the film shows Hankins working with Sierra Pacific Industries to change its replantation practices. But that only goes so far.

“There’s other timber industry owners and managers in the same region that are also grappling with that. And they all do it in in different ways,” Hankins said. “I think, ultimately, we need to be playing from the same sheet of music.”

Watch the conversation in the video above. For The Love of Docs is sponsored by National Geographic.