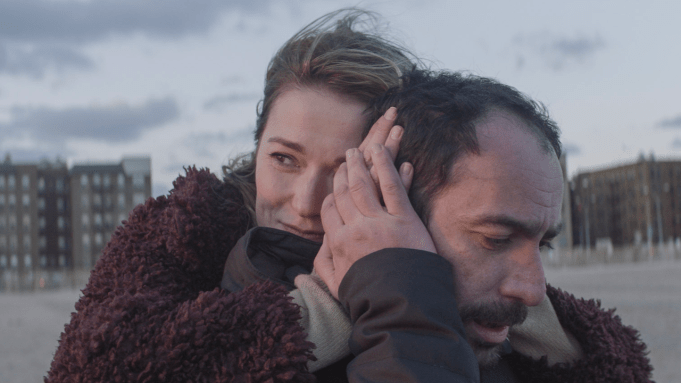 Shot on location in New York, Kino Lorber’s charge tells the story of Kakhi, a former wrestler who travels from his native Tbilisi to Brighton Beach, Brooklyn, in the hope of helping his wayward son get his life back on track.

Koguashvili recently told us that his film was inspired a true story: “The starting point was a real encounter with a father whom I met while I was a student at NYU film school,” he said during a recent Contenders International panel. “I was doing research for my first feature, and I spent lots of time in Brighton Beach. I met this father and son; the father had come all the way from Georgia … Somebody called him at home and said, ‘We saw your son in the streets of Brooklyn and he’s a big-time drug addict. Somebody should save him, otherwise he will die.’ Because, at the time, lots of young kids from Georgia were sent back home from New York in coffins, [having] overdosed.

“Somehow he managed to get a visa—which was very difficult thing to do—then he came to New York, found his son in the streets of New York and saved him,” he said. “He was a very modest guy. Didn’t speak English, didn’t speak much, but there was strength, and modesty, and dignity, in the way he behaved. I was moved very much by this story.”