Continue to Deadline SKIP AD
You will be redirected back to your article in seconds
Skip to main content
December 14, 2020 11:00am 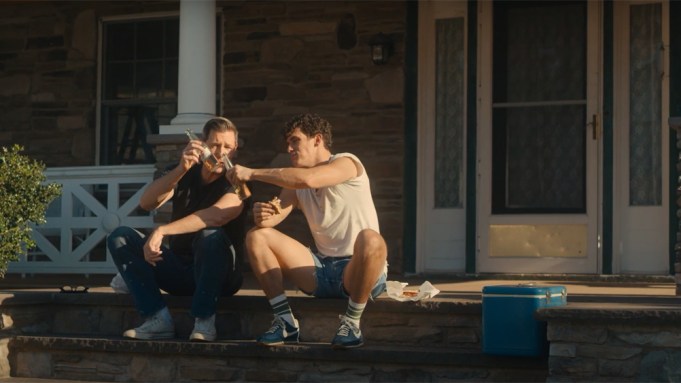 Epix has unveiled the official trailer and key art for its upcoming dramedy Bridge & Tunnel. Additionally, Erica Hernandez (Hollywood Fringe, Brittany Runs a Marathon) has joined the ensemble cast in a recurring role.

Written, directed and produced by Edward Burns (Saving Private Ryan, Public Morals), the dramedy series set in 1980 revolves around a group of recent college grads setting out to pursue their dreams in Manhattan while still clinging to the familiarity of their working-class Long Island home town.

Hernandez will play Genie, the fun-loving and sassy sister of Jimmy (Sam Vartholomeos). She and her best friend Lizzie (Barrett Wilbert Weed) dream of rock stardom for their all-girl punk band, Wildfire.

In addition to Burns, the series is also executive produced by Aaron Lubin (Something Borrowed, Public Morals) and Lori Keith Douglas (The Village, Friends from College).

Hernandez can be seen in the feature films Hollywood Fringe opposite Justin Kirk, Lazy Susan opposite Sean Hayes and in Brittany Runs a Marathon opposite Jillian Bell. She has appeared on Unbreakable Kimmy Schmidt, The Other Two, High Maintenance, Search Party, Dietland, The Brave, The Last OG and Elementary. Hernandez is repped by Gersh and Mosaic.

Bridge and Tunnel premieres January 24 at 9 PM ET/PT on Epix.

Check out the trailer above and key art below.