Continue to Deadline SKIP AD
You will be redirected back to your article in seconds
Skip to main content
April 24, 2019 10:41am
1Comments 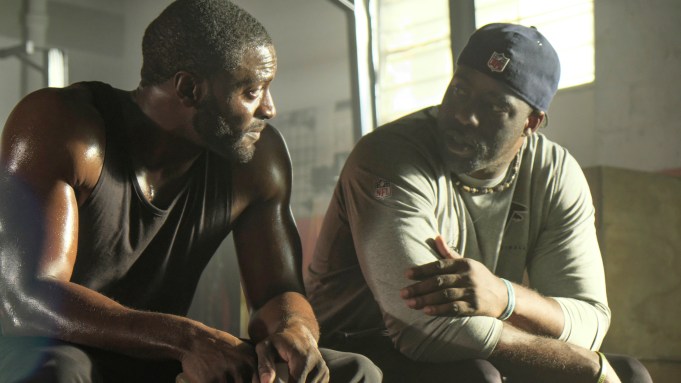 Football has given us a number of inspiring tales over the decades — from Brian’s Song and Rudy to Friday Night Lights, Remember the Titans and The Blind Side. (No demerits for including Jerry Maguire or even Heaven Can Wait and The Longest Yard on the lighter side.) Now comes the first trailer for the latest gridiron tale of redemption: Brian Banks. Watch it above.

It’s the true story of the title character, a 16-year-old football prodigy who is committed to USC and already drawing attention from NFL scouts. But All-American Brian Banks’ (Aldis Hodge) life is upended when he is convicted of a crime he didn’t commit. Despite lack of evidence, Banks is railroaded through a broken justice system and sentenced to a decade of prison and probation. Years later, with the support of Justin Brooks (Greg Kinnear) and the California Innocence Project, Banks fights to reclaim his life and fulfill his dreams of playing in the NFL.

Sherri Shepherd and Melanie Liburd co-star in the pic from Tom Shadyac, directing his first feature since 2007 and working from Doug Atchison’s script. Brian Banks heads to theaters August 9 via Bleecker Street. Here is the poster: