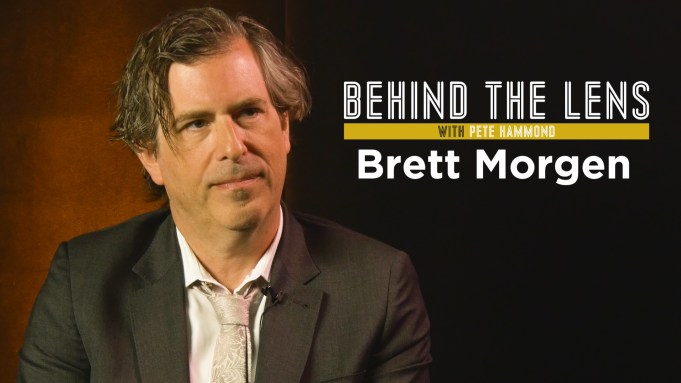 National Geographic’s extraordinary Jane has one of the most popular documentaries released in the past year, though inexplicably after cleaning up on the movie-awards season circuit it did not make Oscar’s cut for Best Documentary —  a real head-scratcher. Now, however, the Television Academy has made up for that egregious oversight and showered the film — culled from over 100 hours of previously unseen footage of the young Jane Goodall as she made her first expedition to Gombe in the early 1960s to observe chimpanzee behavior — with seven Emmy nominations.

That haul includes three for director/co-writer Brett Morgen, who managed to put all this amazing lost footage of that adventure together with a new interview with Goodall. Morgen recently visited our Deadline studios for a conversation on my video series Behind the Lens to discuss the film and the mind-boggling effort it took to bring it to life for audiences of today.

Morgen was a previous Oscar nominee for his 1999 docu On the Ropes, and a four time Emmy nominee for his Kurt Cobain docu Cobain: Montage of Heck. His numerous works include the acclaimed docu about producer Robert Evans, The Kid Stays In The Picture. Here we talk about his career, his eclectic filmography that spans so many different areas of the human experience, and of course the making of Jane and the cooperation of its legendary subject.

Check out our conversation above. To see past episodes of Behind the Lens, click here.