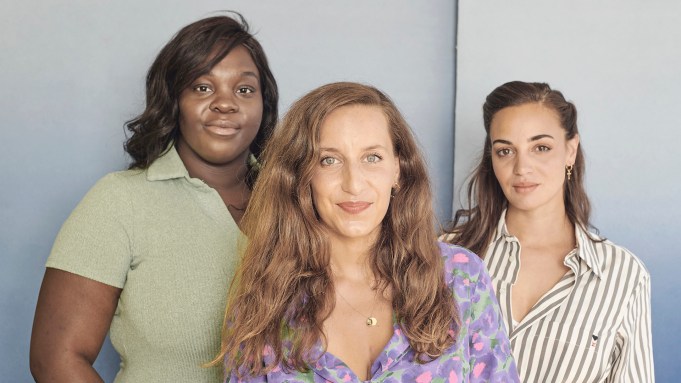 Actress turned first-time filmmaker Anaïs Volpé was on tenterhooks when she visited the Deadline studio midway through the premiere of her Directors’ Fortnight entry The Braves. Starring Souheila Yacoub and Déborah Lukumuena, it tells the two young Parisian actresses who enjoy a close bond and a friendly rivalry, until life gets in the way. The story, Volpé said, was a subject close to her own heart and drawn from her own memory. “I wanted to do a movie about friendship,” she said, “especially friendship between two women [who are working] in art. Because when I was young, I saw a lot of movies where women were rivals in art and I really wanted also to show how women can be also supportive, even if they are in going for the same [thing]—they can be also very supportive to each other. So, it was the main inspiration. And it was also an homage to what I felt when I arrived in Paris with my friends in the theater.”

After an extensive search, she found Yacoub and Lukumuena. The two actresses didn’t know each other, even though they’d attended the same drama school, but quickly found the chemistry Volpé was looking for. “At first we went for coffee together,” said Yacoub, “then we started to get to know each other, and then we had rehearsals for two weeks. We both see acting the same way—we work a lot—and I think we connected in the acting. When we act together, it’s like an explosion. OK, maybe that’s not very [modest], but, honestly, when we are together and when we act together, I never had a partner as [good as] Deborah, honestly. She gave so much. And so it was obvious. I know when we did the audition, I told Anaïs that, when I was with Deborah, something was in our blood. It was obvious.”

Lukumuena agreed with Yacoub’s assessment. “We didn’t want to disappoint Anaïs,” she said. “We knew all the strength, and all the love, and the pain she’d put into the story. We realized that really, really soon and we did it—I think!”

To hear more from Volpé, Yacoub and Lukumuena, watch the video.