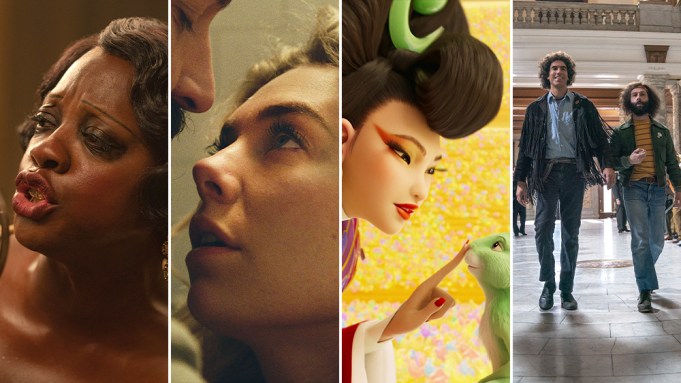 Netflix’s film and series music showcase Playlist launched Monday in the first of a series of conversations with composers and songwriters as well as performers.

Here we moderated a conversation with the composers of Netflix’s suite of awards season movies: three-time Oscar winner Howard Shore who gave a moving classical chamber sensibility to the Vanessa Kirby-Shia LaBeouf wife-husband drama Pieces of a Woman; multi-award winning musician and composer Branford Marsalis who breathed his jazz spirit and New Orleans roots into the snappy rhythm of the feature adaptation of August Wilson’s Ma Rainey’s Black Bottom (by the way — the second time Marsalis has scored a Wilson piece of IP, the first being the 2010 Broadway revival of Fences); 3x Golden Globe nominee Daniel Pemberton who provides some funk and moving heart in his his third reteam with Aaron Sorkin on The Trial of the Chicago 7; and Gravity Oscar winner Steven Price who wrote a wall-to-wall score that never lost its beat, and kept us dancing in the Pearl Studios feature animated musical Over the Moon. Over the Moon and Trial of Chicago 7 are available to stream currently on Netflix, while Pieces of a Woman debuts on the streamer on Jan. 7, 2021 with Ma Rainey on Dec. 23.