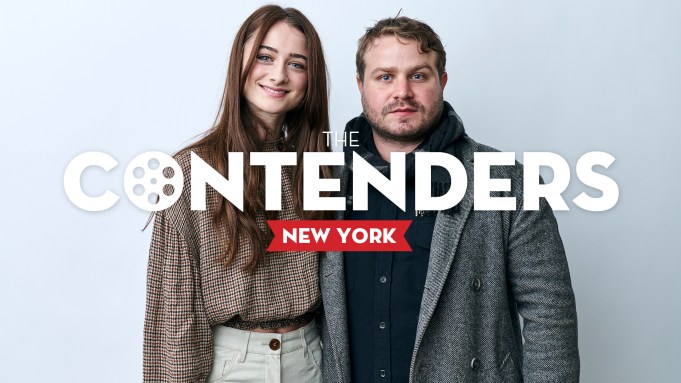 In Vox Lux, writer-director Brady Corbet drew from a jarring personal experience to create a film that comments broadly about the events that have come to define the 21st century. The film, which tells the story of a survivor of violent tragedy who becomes a star, was partly inspired by his 4-year-old undergoing a lock-down drill in preschool.

Corbet appeared onstage at Deadline’s first The Contenders New York awards-season event to talk about confronting the issue of mass violence in Vox Lux, which he described as a continuation of his 2015 breakout film The Childhood of a Leader. That film dealt with the atrocities of the 20th century.

Vox Lux opens to teenage Celeste (Raffey Cassidy) wounded in a school shooting that is portrayed in sickening vividness. The English actress told the invitation-only audience that nothing in her childhood prepared her for the events that played out in that pivotal scene, which catapults young Celeste to celebrity (she composes a eulogistic song that becomes a sensation).

Natalie Portman portrays adult Celeste, whose excesses have turned her into tabloid fodder. The singer finds herself once again dealing with tragedy — a mass killing whose perpetrators wore masks featured in one of her music videos.

Check out our conversation with Corbet and Cassidy in the video above.