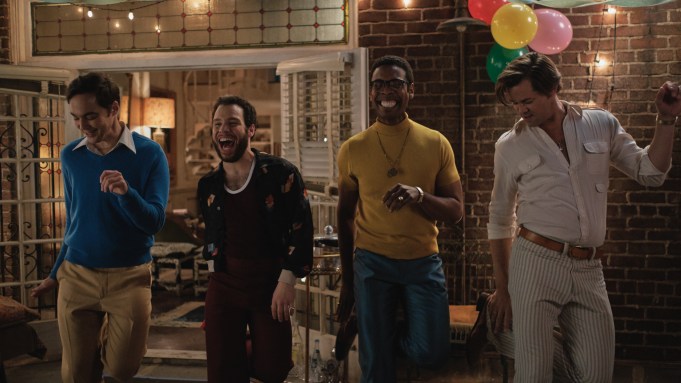 Let the games begin. Netflix has released the official trailer for its upcoming Ryan Murphy-produced The Boys in the Band, director Joe Mantello’s film adaptation of his hit Tony-winning Broadway staging. Starring the Broadway cast – including Jim Parsons, Zachary Quinto, Matt Bomer and Andrew Rannells – this Boys is both faithful to Mart Crowley’s 1968 play while offering a subtle and fresh perspective.

With a co-writing credit given to Ned Martel, Boys includes some brief scenes you wouldn’t have seen in the 2018 Broadway production nor William Friedkin’s 1970 film version. No spoilers here, but you can catch glimpses of the new material in the trailer, above.

The logline: A group of gay men gather for a birthday party in 1968 New York City, only to find the drinks and laughs interrupted when a visitor from the host’s past turns the evening upside down.

The Boys in the Band launches Sept. 30 on Netflix.