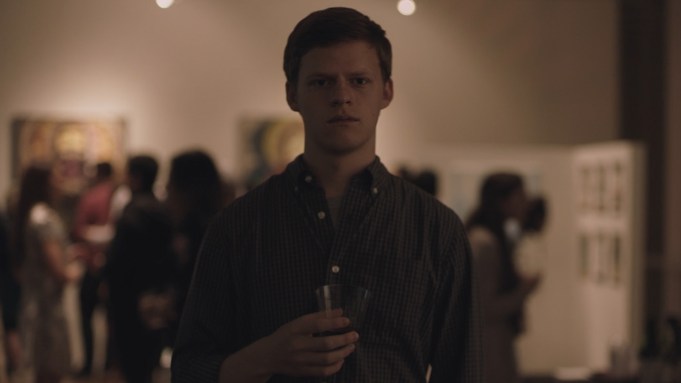 Two years ago Garrard Conley published his memoir, Boy Erased: A Memoir of Identity, Faith, and Family, which detailed events of more than a decade earlier when, as a young man grappling with questions about his sexuality, he was sent into conversion therapy in order to set himself straight, as it were. The story, which immediately made a lasting mark on the LGBTQ community, first and foremost is a uniquely human tale of a traumatic time that over the years has not been relegated  into simply black-and-white memory.

Australian actor Joel Edgerton was taken with this book and set about adapting it into a film, Boy Erased, which he also directs, produces and co-stars in. The names have been slightly changed, but the truths Conley told about his journey into finding himself are all there on screen in this remarkably poignant, compelling, eye-opening and understanding movie that hopefully will bring his story to an even bigger audience.

Lucas Hedges, Oscar nominated for Manchester By the Sea, plays Jared Eamons, a boy from a small Southern town who, as we learn in flashbacks, finds himself asking many questions about his budding attraction to other members of his sex — particularly when, in his college dorm room, he is aggressively sexually assaulted by his roommate (Joe Alwyn) who also outs Jared to his strongly religious parents. His mother Nancy (Nicole Kidman) sheds a tear but retreats from the conversation, while his father, Pastor Marshall Eamons (Russell Crowe), takes action by consulting others and getting Jared to agree to go to a conversion therapy center where he finds himself at odds with its leader, Victor Sykes (Edgerton), as well as a negative drill sergeant-like counselor, Brandon (played by none other than Flea in a nice bit of unexpected casting).

Although this all seems extreme at first, Edgerton isn’t necessarily pointing fingers at anyone, but rather looking to humanize the situation for Jared and others there going through the same experience. As I say in my video review above, no easy answers are offered, and no one — from his devout parents to the center’s leaders and the rigid society in which he lives — are painted with 100% villainous strokes. Edgerton wants us to come to our own conclusions rather than forcing it down our throats like some Hollywood movies might try to do. After seeing Boy Erased, though, it would be hard to fathom most people coming to any idea other than that these centers are reprehensible, and that it is up to each of us to define who we are and what we want to be.

Hedges, as he is in the upcoming Ben Is Back, is simply superb as a young man in crisis, trying to figure out how he can come to terms with himself when so many are pushing him in another direction. I really liked Crowe in this film as a man of the cloth, definitely trying to halt his son from falling into a life of which he does not approve, but also a man who clearly loves his boy and is deeply pained and at a loss of how to communicate or accept. Kidman, as usual, is sensational  playing a mother determined to keep her family together at all costs, and one who finds herself ultimately rebelling against the men in her life to come to her son’s rescue. As a Southern Baptist who learned how to hide under the proper role expected of her, Kidman’s Nancy manages to become the emotional core of this film and has the movie’s biggest crowd-pleasing moment.

In addition to all his behind-the-scenes accomplishments here, Edgerton has perfectly cast himself as Sykes, a man who seems certain how to deal with others in Jared’s situation, but may not be so honest with himself. The acting across the board, with other nice supporting turns from such talents as Cherry Jones, Xavier Dolan, David Joseph Craig and Troye Sivan among others, is superb.

Statistics about the horrors of conversion therapy are daunting — 36 states have no laws against it at this point, and the suicide-attempt rate among those most affected is high — but this film is not just about surviving it. It’s also about the importance of a family unit that doesn’t jump to condemn, and instead offers support at home where it is needed most with the hope that this sadly enduring and horrendous act of injustice will not be perpetrated by those closest to us.

Producers in addition to Edgerton are Steve Golin and Kerry Kohansky-Roberts. Focus Features opens it in limited release Friday.

Do you plan to see Boy Erased? Let us know what you think.