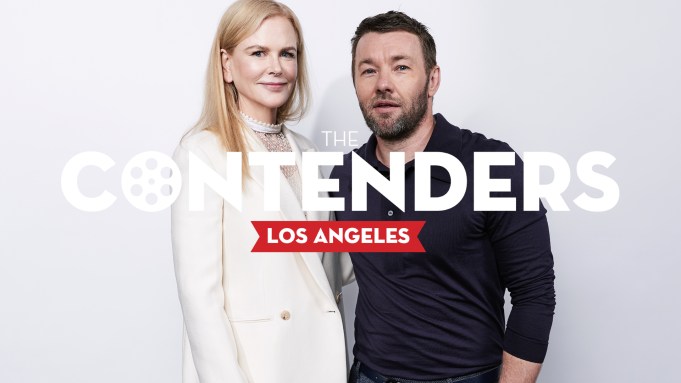 “It’s far more complicated than a black-and-white judgment from the outside,” director Joel Edgerton said about his latest film, Boy Erased, which explores the controversial practice of gay conversion therapy. Based on the memoir by Garrard Conley, the Focus Features film, which opened in theaters this month, follows Jared (Lucas Hedges), a closeted son of a Baptist pastor who is forced to participate in gay conversion therapy along with other adolescents—suffering deeply while connecting all the more with the person he truly is.

During his stop at Deadline’s annual The Contenders Los Angeles awards-season event, Edgerton, joined by co-star Nicole Kidman, insisted the film is “not about hatred, necessarily. It’s not about hateful people doing hateful things.”

“I saw this story of parents who loved their child and thought they were trying to help him and were willing to, especially in the case of Nicole’s character, reexamine that choice and go even further than that and do something massive which is to reexamine their whole understanding of their faith,” he said. “That to me was a hopeful enough message that was coming out of something quite harrowing.”

Kidman, who plays the matriarch Nancy Eamons, spoke about meeting her real-life counterpart, Garrard’s mother Martha Conley, who is still “in the process of making amends to her son.”

“Allowing the film to be made and allowing all of this to be aired to the world, which is an incredibly vulnerable position to put your family in, allows change and allows her to apologize. I find that unbelievably moving and brave,” Kidman said.