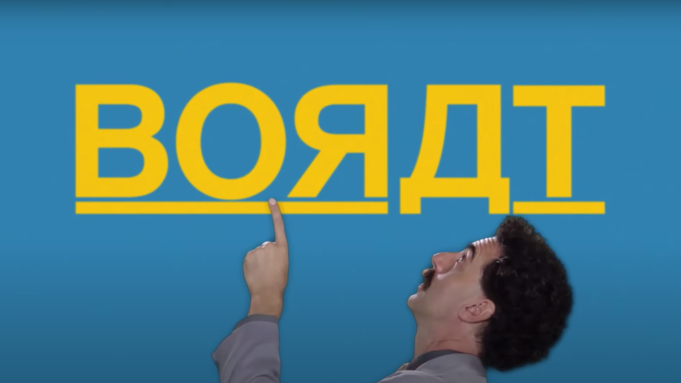 UPDATE 7AM: Sacha Baron Cohen and Amazon have dropped the full official trailer following the release of the teaser on Wednesday. Check out the trailer above. “Jagshemash. If you see only one moviefilm this year, please see the only one that got made – mine,” Baron Cohen tweeted.

EARLIER: Amazon has released a teaser trailer for the Borat sequel just days after Deadline revealed that the streaming giant had acquired the film. Amazon also said the feature will premiere on October 23.

Sacha Baron Cohen returns in the title role as a bumbling Kazakh journalist, who inserts himself into awkward and often dangerous scenarios in heartland America.

Sources told Deadline’s Mike Fleming that Baron Cohen had to wear a bulletproof vest on two different days and there were many risky scenarios during the secret pandemic-era shoot.

Titled Borat Subsequent Moviefilm: Delivery of Prodigious Bribe To American Regime For Make Benefit Once Glorious Nation of Kazakhstan, the teaser shows Borat being recognized on the streets, high-fiving a shop keeper, and “killing the virus” with a frying pan.

Baron Cohen rushed to have the film ready to open before Election Day on November 3. The first film was a big success, grossing $262 million worldwide for Fox.