Continue to Deadline SKIP AD
You will be redirected back to your article in seconds
Skip to main content
May 23, 2019 10:59am 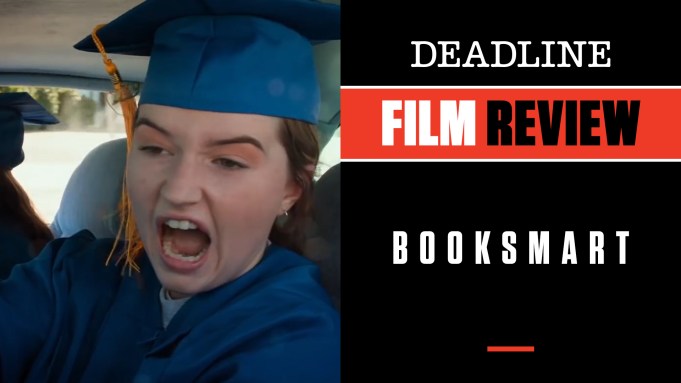 They have been calling it a “female Superbad,” and it’s an apt comparison in terms of the raunch factor in this completely female-driven coming-of-age comedy. But beyond the gross-out gags, there is something else going on here: Booksmart is for the smart girls — the ones who left high school and never forgot the one person who just might always be the best friend they ever had.

Yes, it has echoes of Judd Apatow-produced movies that mostly are about guys (not Trainwreck), but this one also has echoes of earlier movies. It definitely nods to the brand John Hughes specialized in without the R-rated high jinks, and for me, especially one you might never have seen: the 1964 Peter Sellers classic The World of Henry Orient, in which two teenage girls become infatuated with a concert pianist. It was the first movie I could remember that really showed the bonds between girlfriends, and like Booksmart it was also whip-smart.

This one also has the benefit of two breakout star performances from Kaitlyn Dever (so good in Short Term 12) and Beanie Feldstein (sister of Superbad’s Jonah Hill). It also marks the very impressive feature directorial debut of actress Olivia Wilde and has a wickedly funny script from Emily Halpern, Susanna Fogel, KatieSilberman, and Sarah Haskins. Many of the key production jobs also were filled by women and they all have combined to make a smart girls-night-out movie that not only is hilarious but also life-affirming in its own weird way.

The clever premise is that Amy (Dever) and Molly (Feldstein) are besties, first and foremost — really bright, studious girls who hit the books instead of the parties during their high school years. But now graduation is upon them, with Molly the valedictorian and on her way to Yale and Amy planning a humanitarian mission to Africa before college. However, suddenly they realize that for all the work they have put into their studies, they flunked fun. All those hours using their brains meant they missed out on the good times, and so they really get peeved when they realize the popular partying girls also managed to get into A-list colleges without the dedication Amy and Molly had. What to do? Make it all up in one wild night of partying.

They get their groove on in a few hours of debauchery that ends up including drugs, vomiting in embarrassing places, going to jail and generally running amok. The idea of nerds on the loose is practically a teen-comedy cliché at this point, but this one manages to find a fresh angle and a level of authenticity in its main characters to really work and turn the genre on its head. That is all thanks to expert direction from Wilde, who seems to know instinctively when to rev it up and then tone it down. It helps she has two such superior talents in Dever and Feldstein (also so good in Ladybird) who make this friendship completely believable and winning. You root for them and just pray as the night goes on they don’t blow their promising futures on a kamikrazy mission that amounts to the one not-so-smart decision of their young lives.

Among the supporting cast is an over-the-top Billie Lourd as Gigi, who does what she is expected to do in providing the laughs. if not exactly playing a fully dimensional human being in this outing. Skyler Gisondo does well as Jared, but this is not a movie where the guys get the spotlight. Adult roles are limited but well cast with Will Forte, Lisa Kudrow and Jason Sudeikis (Wilde’s real-life husband) doing what is asked. But this film belongs to Dever and Feldstein — and folks, believe me when I tell you that two stars are born.

Producers are Chelsea Barnard, Jessica Elbaum, Megan Ellison, Katie Silberman — and oh yeah a guy too — David Distenfeld. Check out my video review above, which also includes scenes from the movie. Annapurna and United Artists Releasing open it wide for the holiday weekend, with previews starting tonight.

Do you plan to see Booksmart? Let us know what you think.