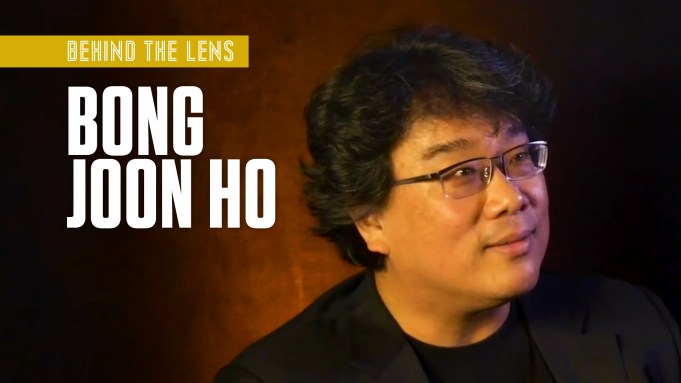 In May, South Korea’s leading filmmaker Bong Joon Ho made history at the Cannes Film Festival when his clever, entertaining and socially important Parasite made history by becoming the first Korean film to win the Palme d’Or. Now it is poised to become the film Korean film ever to be nominated in the Best International Feature Film category (formerly known as Best Foreign Language Film).

I asked him about that, among many other questions, when he came to our Deadline studio to tape this week’s edition of my video series Behind the Lens. Judging though by the film’s momentum, critical reception and box office, I would venture to say that Best International Film is just one of the categories in which we are likely to see Parasite. In what could be another major historical first, this film very well may be nominated for Best Picture, Director, Original Screenplay and perhaps several crafts categories as well including Production Design. That is one of the areas where his movie shines. and it was one of the things I asked him about.

We also talked the social significance not only of this film but many more of his filmography, which includes Okja, Snowpiercer, The Host, Memories of Murder, Mother and others that have made him one of the most admired filmmakers working today. In our conversation he talks about where the idea of Parasite came from, and why it is not what the title might lead some to suspect it is — it is certainly a horror story of a different sort, one with which audiences around the world are likely to find themselves identifying. I also suggested it could be an American remake as well, but had to explain to him why maybe it is best we leave this masterpiece alone. It completely belongs to Bong Joon Ho, and that is a very good thing.