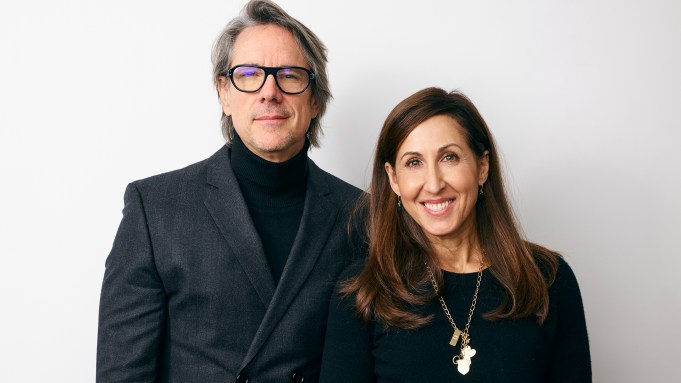 When Fleming asked if the film could help men like him understand what women go through, Randolph got emotional.

“Mike is trying to make me cry right now because he knows this is the subject that gets me emotionally,” Randolph told the DGA Theater crowd of Academy and guild voters. “I have one goal: I hope to put enough men like us in that scene with Roger and Kayla (Robbie) so that they can walk way thinking, ‘Oh, this truly is something that can have the emotional impact on a human being’s life that we as men just can’t actualize. I think that is something that is good for every culture on the planet to have a narrative out there that addresses that.”

Randolph said he and Riley pitched Bombshell the day Donald Trump’s Access Hollywood tape with Billy Bush came out. That was before the Harvey Weinstein exposé, Louis C.K., Les Moonves and the wider #MeToo awareness.

“When Charles first pitched this, I was blown away because as a woman who’s come up in Hollywood, I realized there’d never been a movie about sexual harassment,” Riley said. “Charles, who writes women so beautifully, when he came up with this idea, I thought this is going to be something that affects everyone. What was even better was that it’s his message to men, on this is what happens and this is what should not continue.”

A key scene in the Jay Roach-directed Bombshell is when Ailes invites Kayla (Margot Robbie), a composite character, to his office. He asks her to lift up her skirt so he can inspect her for camera. Randolph said the women of the cast and creative team insisted that scene be as uncomfortable as it is.

“Charlize and Margaret and Michelle [Graham] and Beth [Kono] are like, ‘Touch a frame of that and you’re dead — they absolutely insisted that that scene capture the horrificness of that experience in a way that Jay and I were a lot more queasy with,” he said. “It was just so lovely to have these four women who were there basically just to police everything and to not only have a place at the table but in Charlize’s case to have a dominant voice at the table just to make sure you got it right.”

Watch the whole chat in the video above.