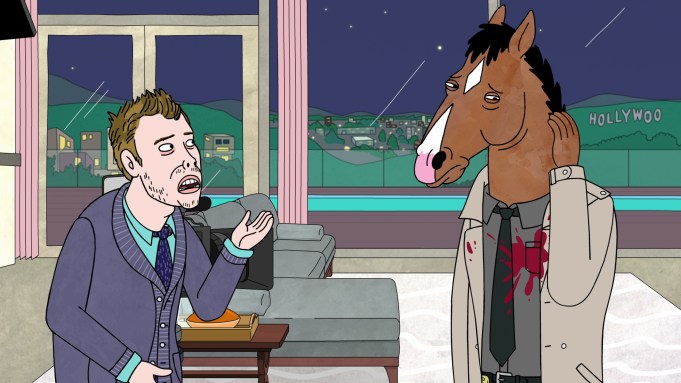 Another Netflix legacy series, which put the platform on the original programming map, is coming to an end. The upcoming sixth season of off-beat adult animated comedy BoJack Horseman, starring Will Arnett, will be its last. The news was revealed in the Season 6 trailer released today (watch above), which also announces that the final season will air in two parts: Part 1, which launches on October 25, 2019 and Part 2, which will be released on January 31, 2020.

Fans of the show hoping for a proper ending should not worry as the sixth season of BoJack Horseman was reportedly conceived as a final season.

Created by Raphael Bob-Waksberg, BoJack Horseman is the longest-running original Netflix series still on their air. It premiered in 2014 as the first Netflix comedy series and fourth scripted original overall. Last year, BoJack Horseman became the first Netflix series to land an Emmy nomination for Outstanding Animated Program, repeating the feat this year.

Produced by Michael Eisner’s The Tornante Company, BoJack Horseman is a rare Netflix series that is not exclusively on streamer in the U.S. Being one of the platform’s first originals, the producers retained the series’ domestic off-network syndication rights and sold the show to Comedy Central last year.

BoJack Horseman features Arnett as the voice of BoJack, everybody’s favorite depressed horse, the failed legendary ’90s sitcom star from “Horsin’ Around,” who has been trying to find his way through a muddle of self-loathing, whisky and failed relationships. Now, in the presence of his human sidekick Todd (Aaron Paul) and his feline agent and ex-paramour Princess Carolyn (Amy Sedaris), BoJack is primed for his comeback.

Bojack Horseman is Executive Produced by Bob-Waksberg, Steven A. Cohen and Noel Bright. Arnett and Aaron Paul also serve as Executive Producers. BoJack was designed by graphic artist Lisa Hanawalt and is animated by LA-based ShadowMachine.