The Film That Lit My Fuse: Oscar-Winning Director Ron Howard
Read the full story
June 3, 2019 9:24am 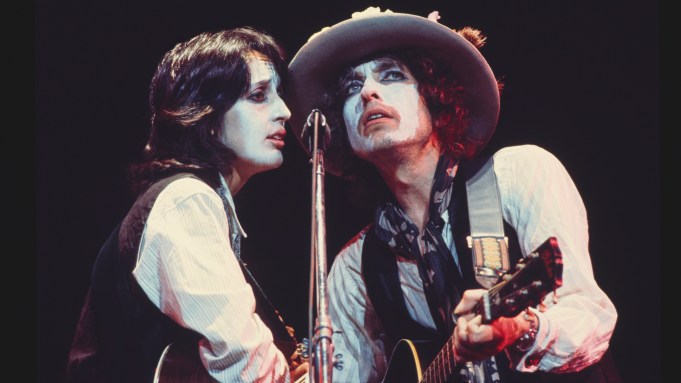 Bob Dylan’s 1975 tour called the Rolling Thunder Revue long has been an intriguing, weird and mysterious chapter in rock and roll history since, well, about 1976 or so. Now no less a fan than Martin Scorsese is about to shed some light: Utilizing long-abandoned, now-restored footage and recent interviews – including with Dylan himself – Rolling Thunder Revue: A Bob Dylan Story By Martin Scorsese will debut on Netflix and in select theaters June 12.

The tour – the source of those strange, familiar photos of Dylan with his face smeared with greasepaint like some sloppy clown on the run – included a large, ever-shifting ensemble of players and hangers-on (Joni Mitchell wrote her classic “Coyote” about her Thunder fling with Sam Shepherd). Chief among the co-stars was Joan Baez, Dylan’s longtime pal, sometime lover and intermittent rival.

“Joan Baez and me could sing together in our sleep,” Dylan says in one of the recent interviews shows in the trailer.

Some other notable Dylan quotes captures in the clip: “It wasn’t a success, not if you measure success in terms of profit” and “We didn’t have enough masks on that tour.”

Also in the trailer, we see snippets of songs “A Hard Rain’s A-Gonna Fall,” “Hurrican,” and “Knockin’ on Heaven’s Door.” All of Dylan’s performances in the film will be included on a forthcoming box set, Bob Dylan – Rolling Thunder Revue: The 1975 Live Recordings, a comprehensive 14-CD anthology of music from the tour set for a June 7 release.