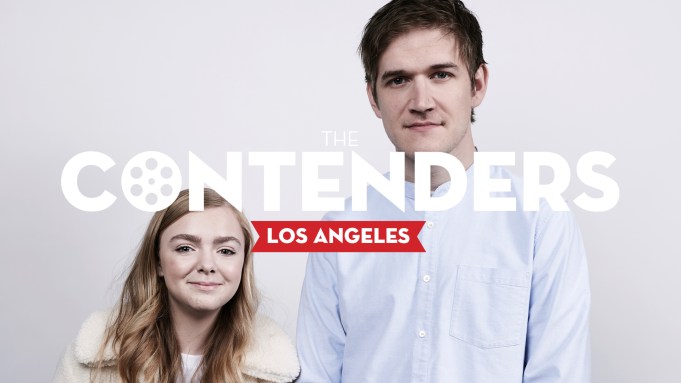 Comedian Bo Burhnam’s feature writing and directorial debut Eighth Grade has scored plenty of awards buzz for its depiction of the current social media-crazed pre-high schooler experience as embodied by newcomer Elsie Fisher, who stars and is a Spirit Award nominee (as is the film for best feature and Burnham for best first screenplay). The pic also was named to the AFI’s Top 10 films list.

Burhnam told an SRO crowd at Deadline’s recent The Contenders Los Angeles all-day event what made him pick that moment to set his story.

“I just wanted to talk about what it felt like for me to be alive right now — I looked at the country and the culture and it feels like maybe America’s maybe going through an eighth-grade moment,” he told the DGA Theater audience of AMPAS and guild voters. “We’re changing very quickly, and we’re sweating and our bodies are exploding and we don’t know what’s going on.”

“I was trying to say what does it feel like to be alive, and right now to me it feels confusing, and I don’t know what’s going on and help me, and I’m nervous and I want to be helped and I wanna be left alone — and was eighth grade pretty quickly.”

Fisher’s said while the ubiquitousness of social media in the film — her character Kayla is a vlogger  — does serve to isolate, at the same time it is “also a good way to express herself. It’s very polar.”

“We don’t talk about the subjective experience of [social media],” he said. “You are living your life you are taking inventory of your own life, you are cultivating your own life; you’re not only walking through a moment but you are also hovering over yourself watching yourself in that moment.” He added: “What it means to be alive right now for a lot of people is that we feel as if the movie of our life isn’t good enough, that we are failing to live up to the cultural standards that the Internet and the culture gives to us.”