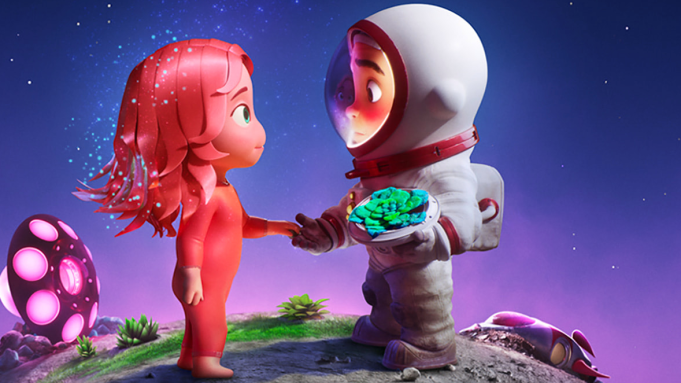 The trailer for the new Apple TV+ animated short Blush dropped Tuesday, taking the wraps off the first project in Apple’s first-look film and TV deal with Skydance Animation.

The film, directed by Joe Mateo, follows a stranded horticulturist-astronaut’s chances for survival after he crash lands on a desolate dwarf planet. When an ethereal visitor arrives, the once-lone traveler discovers the joy in building a new life and realizes the universe has delivered astonishing salvation.

Blush will debut on the globally on the streamer on Friday and is part of Apple’s multiyear partnership with Skydance Animation inked in February that will deliver kids and families animated theatrical features and TV series. The deal came along soon after the Apple acquisitions of Skydance’s upcoming animated titles Luck and Spellbound which had been set up at Paramount.

Apple is coming off animation success with Wolfwalkers, which last year was nominated for Oscar and BAFTA prizes.