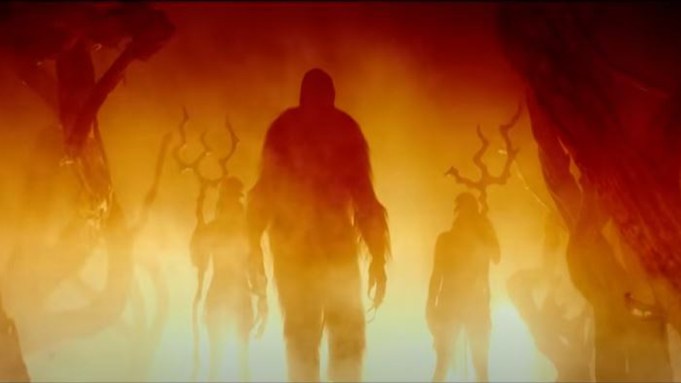 Blumhouse and Tigers Are Not Afraid Mexican director Issa López decided to pull a fast one on genre fans last night by dropping a trailer for her new found-footage movie El Chupacabras about the Latin American creature who devours livestock. The trailer, which you can see above, features lots of images of animal and human body guts.
The logline below the YouTube trailer reads, “Hidden for years, and no longer a myth, El Chupacabras exists. Will you outrun him? A first look at director Issa López’s new Blumhouse film, El Chupacabras, coming this summer.”

“As a Mexican filmmaker, I’m a firm believer there can never be enough movies about El Chupacabras,” said López in a press note statement, “and I’m here to deliver on that promise.”

“Just when you thought there was a movie I wouldn’t make — I present, El Chupacabras,” added producer Jason Blum.

When you get to the end of the 53-second Chupacabras trailer, it’s revealed that it’s all an April Fools joke, a teaser compiled from footage of such movies as Blumhouse’s Fantasy Island, Insidious: The Last Key, The Lords of Salem and Dark Skies.

López wrote, directed and executive produced the critically acclaimed supernatural feature Tigers Are Not Afraid about a gang of five children trying to survive the horrific violence of the cartels and the ghosts created every day by the drug war. As we first reported, López is currently set to adapt and direct Our Lady of Tears for Blumhouse based on the Daniel Hernandez Epic magazine article “The Haunting of Girlstown”.