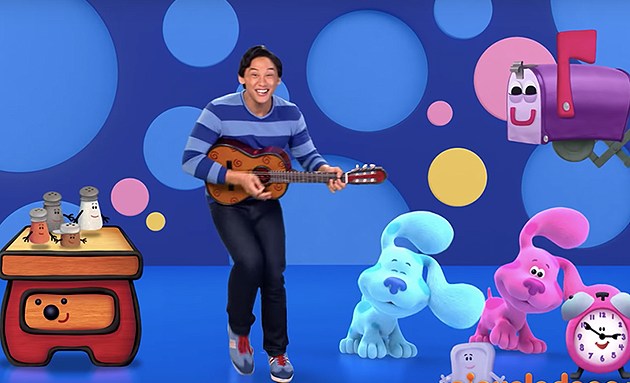 Blue’s Clues is coming back with a new animation style, new host and new adventures for preschoolers.

Nickelodeon on Monday released a first look at the reboot of the educational series retitled Blue’s Clues & You!

Blue’s Clues aired on Nickelodeon from 1996-2006 and was a big hit with kids. The original series was hosted by Steve Burns and later Donovan Patton, who played Steve’s brother, Joe.

Created by Traci Paige Johnson, Todd Kessler and Angela C. Santomero, Blue’s Clues drew acclaim for its unique interactivity that helped change the way kids watch television and has remained one of the most popular preschool shows of all time. It also raised the bar in preschool television by exploring advanced subject matter such as sign language, geography, physics, emotions and anatomy.

Announced in 2018, Blue’s Clues & You! will debut in November on Nickelodeon.