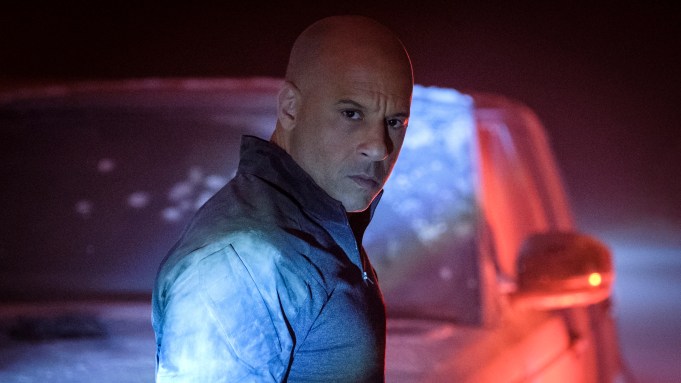 “He’s unlike anything we’ve seen before, and he’s entirely in our control,” claims Guy Pearce’s scientist baddie in the new international trailer for Bloodshot, Sony’s superhero flic that lands March 13 stateside.

Footage in the trailer suggests that Vin Diesel’s Bloodshot – a soldier who is brought back to life with nano technology – may not be so controllable after all.

The Columbia Pictures film, made in association with Bona Film Group and Cross Creek Pictures, is based on the comic book from Valiant Comics and was directed by David S. F. Wilson off a screenplay by Jeff Wadlow and Eric Heisserer.

The pic is the first in a planned franchise from Sony, with the studio looking to create a new superhero universe out of the characters from publisher Valiant.