Continue to Deadline SKIP AD
You will be redirected back to your article in seconds
Skip to main content
July 28, 2022 6:02am 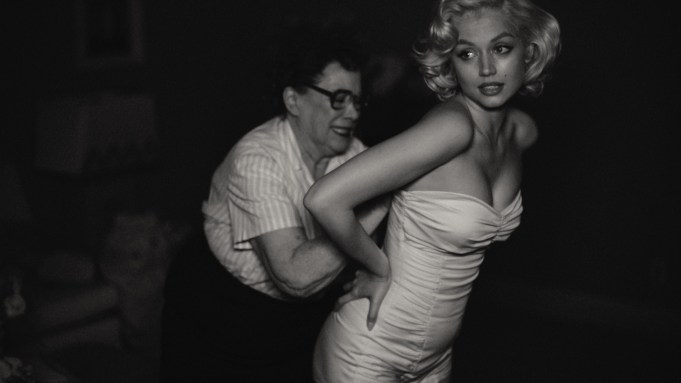 The NC-17-rated flick, which will premiere in competition on the Lido at this year’s Venice film festival, is one of the most anticipated films of the fall season.

Kiwi filmmaker Dominik wrote and directed the film based on the bestselling novel of the same name by five-time Pulitzer Prize finalist Joyce Carol Oates, and the film blends fact and fiction to reimagine the life of Monroe, exploring the split between the Hollywood icon’s public and private life.

Blonde will be released globally on Netflix September 23 after its Venice debut.

Check out the film’s full trailer above.