Continue to Deadline SKIP AD
You will be redirected back to your article in seconds
Skip to main content
July 16, 2018 2:56pm 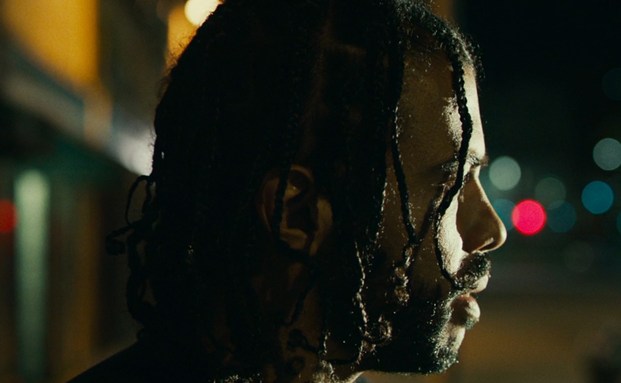 It’s not difficult to see how Blindspotting emerged as one of the true sensations of this year’s Sundance Film Festival, and as I say in my video review above, the answer is its startling originality and fearlessness in confronting some uncomfortable truths of our lives now.

Even though this highly dramatic, often funny movie borders on familiar genres like the time-honored buddy comedy, it blows them up in a fusion of rap rhymes mixed with straight dialogue to make it almost seem like a musical. However, this is a movie fiercely marching to its own hip-hop rhythms in using its words (rapped or not) to express social concerns and deeply personal feelings. Blindspotting, which refers to not seeing things right in front of you or in the same way as others, is the brainchild of its stars and longtime collaborators Daveed Diggs and Rafael Casal, who wrote the script and deliver its lines and raps within an inch of their life. It’s fresh, pointed, different and eye-opening and is directed with a fierce but unobstrusive style by first-timer Carlos Lopez Estrada.

Miles (Casal) is a white, impulsive, loose cannon who walks on the wild side and couldn’t be further in personality and approach to things than his partner as a mover. Collin (Diggs) is black, cautious, paranoid and worried about getting through the next three days until his yearlong probation for committing a violent crime comes to an end. They grew up in an Oakland, CA, community and have been besties since they were kids. Now, through their mover jobs, they see the gentrification of the city and the emergence of the high-tech invasion in their neighborhoods. That particularly bothers Miles, who is married to Ashley (Jasmine Cephas Jones) with a 1-year old son, more than Collin, who seems to want to go with the times despite the changes around him.

But when he accidentally witnesses a brutal cop crime against a young black man, he tries to keep driving home but can’t get the reality of that confrontation out of his head and is profoundly moved by it, still not wanting to do anything to threaten his probation status. The tone demonstrably shifts from the freewheelin’ buddy talk to an intense confrontation not only with each other but within themselves. Most of the heavier words give way to powerfully eloquent and angry raps, particularly one in which Collin finally gets to confront that white cop. A lot of movies set in this world have soundtracks with rappers liberally using the N-word, but this film plays it out on screen as Collin and Miles debate the use of it head-on, strictly in black and white terms that I found very effective and honest. Another scene where Miles’ son picks up a gun his father has carelessly left around also is riveting as it plays out.

There is much to recommend about Blindspotting, even if it isn’t always completely successful in balancing the tricky tone of Diggs and Casal’s pulsating script. Ultimately it is the performances of its two leads that thrill at every turn, and their stage backgrounds certainly come into play here. Diggs, a Tony winner for playing both Jefferson and Lafayette in Hamilton, is especially effective in articulating the complexity of a life lived largely on the streets in an ever-changing inner city in America. Casal matches him every step of the way. Jones has less screen time but makes the most of it, as does Janina Gavankar as Val, Collin’s ex. A shout-out also to Ethan Embry, who plays the corrupt cop in one remarkable scene where he is simply the recipient of a barrage of words rapped furiously by Collin that become more terrifying that any weapon that could be pointed at him. This movie speaks to truth and power. Producers are Jess Calder, Keith Calder, Casal, and Diggs. Lionsgate opens the Summit film on Friday limited, followed by a wider break the next week.

Do you plan to see Blindspotting? Let us know what you think.