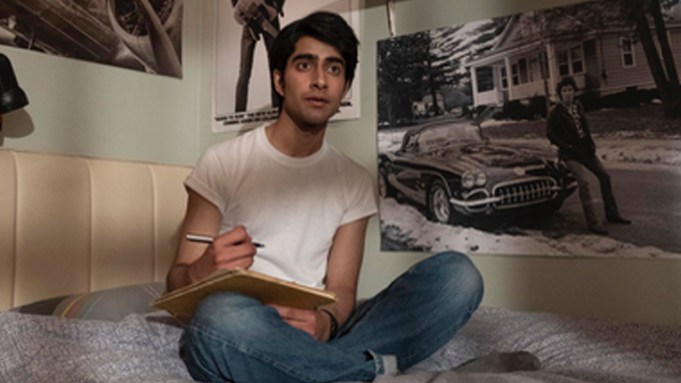 Bruce Springsteen’s global impact on the mid-1980s gets its close-up in Blinded by the Light, a hybrid musical-comedy about a Pakistani teen in England whose life is upended by the Boss’ words and music. All it takes is a couple of cassettes. Check out the trailer above.

Directed by Gurinder Chadha (Bend It Like Beckham), the quirky pic that bowed at Sundance in January tells the story of Javed (Viveik Kalra) growin’ up in a town full of losers in 1987. Amidst the racial and economic turmoil of the times, he writes poetry as a means to escape the intolerance of his hometown and the inflexibility of his traditional father. But when a classmate introduces him to Springsteen’s music, Javed sees parallels to his working-class life in the lyrics. As Javed discovers a cathartic outlet for his own pent-up dreams, he also begins to find the courage to express himself in his own unique voice.

While it would seem blasphemous to begin this particular trailer with a half-minute of Human League’s “Don’t You Want Me,” it’s merely a setup. The rest is crammed with more Springsteenalia than “Tweeter and the Monkey Man.” Chadha wrote the script with her husband Paul Mayeda Berges and Sarfraz Manzoor, who penned the 2007 source book, Greetings from Bury Park.

So grab a warm beer, take Mary’s hand and revel in a world where you can learn more from a three-minute record than you ever learned in school. Legwarmers frowned upon.