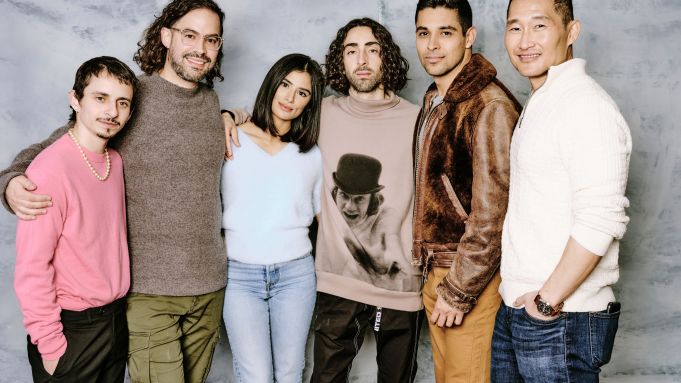 Esteban Arango’s Sundance feature debut Blast Beat is a coming-of-age piece set on the summer of ’99 and centered on two Colombian brothers, played by real-life brother Moises Arias and Mateo Arias. When their family relocates from their native Colombia the United States, the siblings do their best to adapt to their new home in America.

The pic is based on Arango’s 2015 short film about “these two brothers that are rivals and that have to come together after a family crisis that comes about after deportation of the father figure,” said Arango while at Deadline’s Sundance studio accompanied by Moises and Mateo as well as co-stars Wilmer Valderrama, Diana Guerrero, and Daniel Dae Kim.

“What initially drew us to the project was we got sent the short film by Erick [Castrillon, co-writer] and Esteban and it was the first picture essentially we had received a Colombian script with authentic Colombian dialogue,” said Mateo. “The fact that we were going to have had the opportunity to play brothers was also really special,” added Moises.

Moises plays the younger brother in the film but in actuality, he is the older of the two, which helped build the tension with their characters on screen.

“Getting checked by your younger brother, he’s got sick of it. He just wasn’t about it,” said Mateo. “It definitely created that authenticity that we were looking for.”

For Valderrama, what drew him to the project, “aside from this being a love letter to not just to the time and the period in the moment of immigration and the moment that this country is experiencing with immigration,” he said, “It’s all of those things that I really think inspires all of us to continue to remind ourselves that we all have not just an origin story, but we have certain sacrifices that we make.”

Check out the rest of the conversation above.