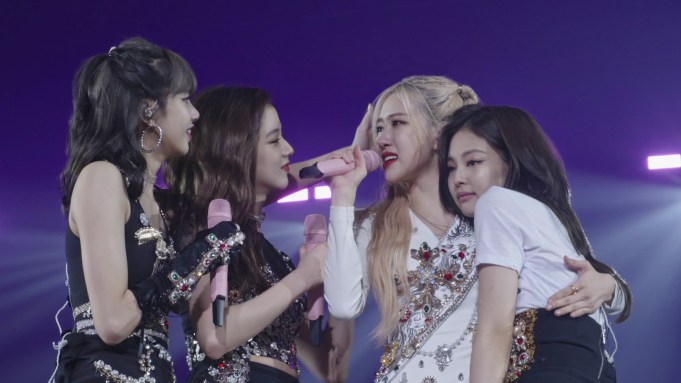 Netflix has released the trailer for Blackpink: Light Up the Sky, the streamer’s feature documentary about the K-pop group that premieres October 14 in the U.S.

The film, directed by Caroline Suh, charts the rise of the band ahead of their performance at Coachella in 2019 and features exclusive interviews with band members Jisoo, Jennie, Rosé and Lisa along with new footage of recording and life as K-pop idols.

Blackpink, which debuted in 2016, has become the highest-charting female K-pop group of all time. In June, its music video for the single “How You Like That“ shattered a YouTube record with more than 82 million views during the first 24 hours of its release.

“Director Caroline Suh’s trusted relationship with Jisoo, Jennie, Rosé, and Lisa offers organic and honest moments that give viewers an authentic inside look into the lives of Blackpink, as well as the dedication and grueling preparation each member puts into every hit song, history-making performance and sold-out arena tour,” Netflix’s Adam Del Deo, VP Documentary Features, said. “We’re thrilled to bring their story to their fans worldwide.”