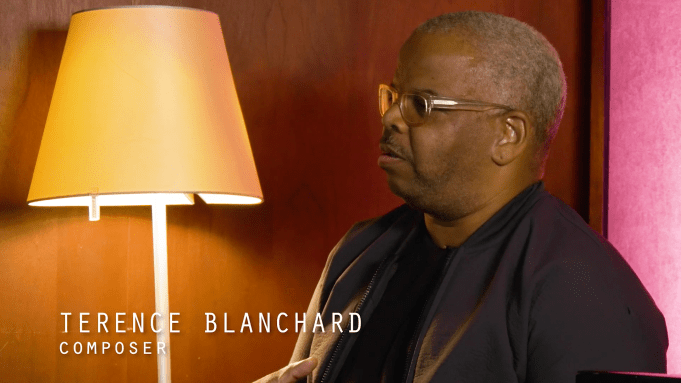 A filmmaker known for forging lasting bonds with members of his team, Spike Lee always has had an eye for talent. Bringing New Orleans-based musician Terence Blanchard in to play trumpet on his early scores—and sometimes conduct—the filmmaker subsequently would find in Blanchard an invaluable key collaborator. Lee’s longtime composer—who most recently joined him on the Cannes-premiering BlacKkKlansman—Blanchard is an artist who understands his sensibility, effortlessly bringing forth colors to support his worlds and the stories transpiring within them.

In an eclectic career, the Grammy winner has played in orchestras and jazz bands and composed for films, operas and Broadway shows. If there’s a spine to be found—a unifying factor—it would have to be his work with Lee, which has taken him through films including Jungle Fever, Malcolm X, Clockers, 25th Hour, Inside Man, Chi-Raq and now BlacKkKlansman over the course of nearly 30 years.

Starring notable breakout John David Washington, Adam Driver and Topher Grace, Lee’s latest tells the true story of Ron Stallworth, the first African American police officer in the Colorado Springs bureau, who managed to infiltrate the local branch of the Ku Klux Klan in the 1970s, making a mockery of their hatred.

Working on BlacKkKlansman, Blanchard found an overarching challenge that had nothing to do with any particular scene. “I think it was the overall tone of the film. Where should the orchestra take over? Where should the orchestra lay back?” the composer reflects. “There’s that fine line between it being emotional and then being way over the top, and I’m always very sensitive to that.”

The first guest of Deadline’s Production Value Video Series (Oscars Edition), Blanchard sat down earlier this season to reflect on his career journey, and the preoccupations that inform his work. Speaking to his collaborations over the years with Lee, an iconic auteur, the composer offered insights into his thought process, when it comes to his film’s scores. “One of the things with Spike’s movies is that the music takes on a narrative role. I don’t have to worry so much about period and those types of things. He always will tell me, ‘It’s time for you to take us to the next level.’ And I know what he means by that,” Blanchard explains. “He wants the film to become bigger when we put the score in.”

For the artist, BlacKkKlansman was an “emotional rollercoaster ride.” Discussing a primary theme he wrote in service of that concept, Blanchard touched on an echoing effect embedded within the score, which sprang from his personal life—specifically, from his roots in the church. “The reason why the echo thing comes in with the orchestration, that’s always something that I view as something that comes from the church—always,” he shares. “It’s a call and response. Somebody will say something, and somebody else can totally relate. Because it hits them where they’ve been struggling in their life, as well.”

With over 40 film scores under his belt, Blanchard came to the craft with the mentality of a jazz musician, who had composed for years for only five instruments, learning how to bring flair to more limited compositions. “Now, you’re going to give me 70 [instruments], plus all the pre-production that I can do?” he marvels. “It’s the most incredible job to have on the planet, I think.”

For more from our conversation, take a look above.