Amazon Gets Ready For Its Next Hollywood Evolution After Jeff Blackburn's Exit
Read the full story
December 3, 2019 2:38am 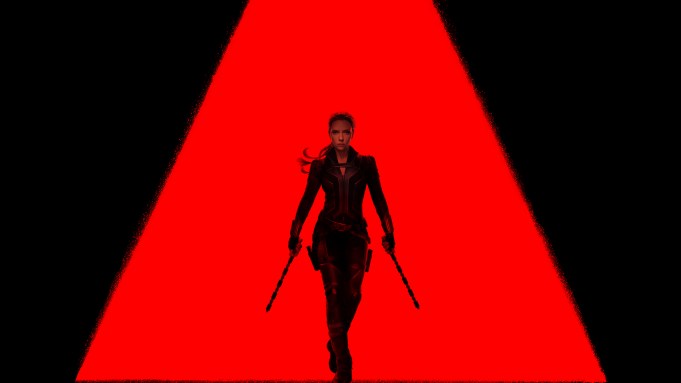 Disney and Marvel showed off footage from upcoming spy thriller Black Widow at Comic-Con and the D23 Expo this summer, and now they’ve dropped the first teaser trailer for the Scarlett Johansson-starrer. Johansson, whose Natasha Romanoff/Black Widow sacrificed herself in Avengers: Endgame, reprises her role as the assassin-turned-Avenger in this standalone story which doubles as the first installment of the Marvel Cinematic Universe’s Phase Four. The film takes place after the events of Captain America: Civil War. See above for the video, and below for a new poster.

In the teaser trailer, Natasha breaks into a European apartment and fights knife-and-fist with her “sis” (Florence Pugh’s Yelena). They come together with David Harbour’s Alexei, aka The Red Guardian, and Rachel Weisz’s Melina for what promises to be “a hell of a reunion.” The footage here also introduces a quick look at villain Taskmaster.

Over the course of the action-packed trailer, Natasha says, “I’ve lived a lot of lives, but I’m done running from my past.” She references some “unfinished business” and adds, “We have to go back to where it all started.” Also featured in the trailer are glimpses of Samuel L Jackson’s Nick Fury and Jeremy Renner’s Clint Barton/Hawkeye.

At Comic-Con in July, director Cate Shortland noted Natasha “has so many secrets,” and in this movie, “we get to understand her past and she gets to put those pieces together and become a whole person.”