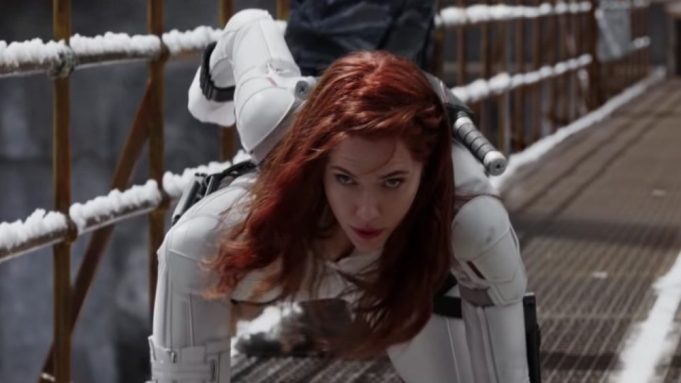 No shocker to see a Black Widow trailer here given Marvel’s track record for dropping a trailer (sometimes two) during the Big Game.

The Scarlett Johansson Marvel superhero finally gets her own movie, and this new trailer gives us a peek at her backstory. In the beginning of the 30-second spot, we hear the deadly assassin say, “You don’t know everything about me.” She goes on to say, “The Avengers weren’t my first family” as we see scnes of the Natasha flying through sky, kicking butt and glimpses of her pre-Avengers family that includes Melina Vostokoff (Florence Pugh), Yelena Belova (Rachel Weisz) and Alexei Shostakov (David Harbour).

“At some point, we all have to choose what the world wants us to be,” she says before the trailer ends, leaving us wanting more.

The pic is the first in the next phase of the Marvel Cinematic Universe post-Avengers: Endgame. It all happens on May. 1.

Check out the trailer above and the new character posters below.