Continue to Deadline SKIP AD
You will be redirected back to your article in seconds
Skip to main content
May 15, 2019 3:00am
1Comments 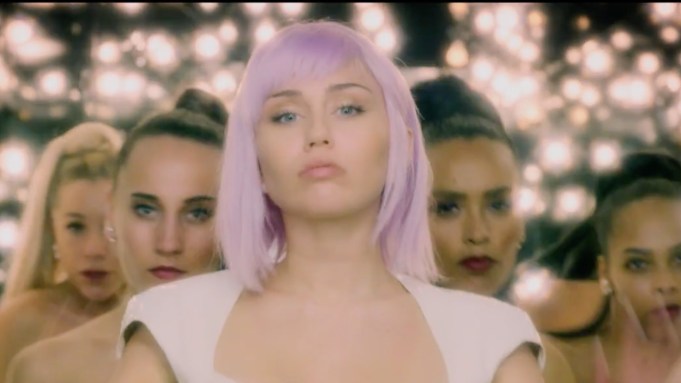 Netflix has set a June 5 premiere date for Black Mirror‘s three-story Season 5, with Anthony Mackie and Miley Cyrus among the cast in the stand-alone episodes. Check out the new trailer above.

All three episodes will launch Wednesday, June 5, on the streaming service. The series was created and is written by Charlie Brooker, and executive produced by Brooker and Annabel Jones.

Netflix describes the anthology series as tapping into “our collective unease with the modern world, with each stand-alone episode a sharp, suspenseful tale exploring themes of contemporary techno-paranoia leading to an unforgettable – and sometimes unsettling – conclusion. Without questioning it, technology has transformed all aspects of our lives; in every home; on every desk; in every palm – a plasma screen; a monitor; a Smartphone – a Black Mirror reflecting our 21st Century existence back at us.”

Though specific Season 5 episode synopses were not released, the trailer offers some hints: There’s a lonely teen girl who first seems charmed, then haunted, by a Siri-like doll (“It’s not a doll,” she says, “that thing’s poison”), and Miley seems to play a Cyrus-like pop star with 20,000 fans waiting for her onstage arrival. There’s a man with a gun, who seems to have some sort of public freak-out over all the electronic eyes following him, and finally a sort of Crouching Tiger, Hidden Dragon fantasy scene. In other words, it’s all very Black Mirror. At one point, words flash on the screen: “love,” “privacy,” “sex,” “work,” “afterlife.” Hmm, afterlife?

The Season Five launch marks the first of Black Mirror since December’s post-Season 4 stand-alone interactive Netflix movie Bandersnatch, in which viewers could make choices for the main character, video-game style.