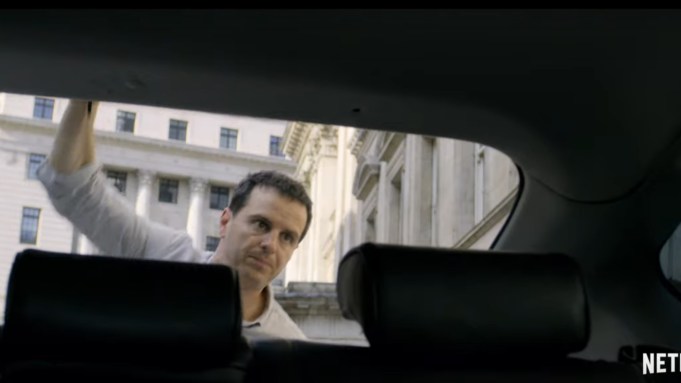 Netflix has unveiled episodic trailers and titles for Season 5 of its Emmy-winning anthology series Black Mirror. See above and below.

The first is titled, “Smithereens” and stars Andrew Scott, Damson Idris and Topher Grace. It centers on a cab driver with an agenda becomes the centre of attention on a day that rapidly spirals out of control.

The second, “Rachel, Jack and Ashley, Too” is about a lonely teenager who yearns to connect with her favorite pop star – whose charmed existence isn’t quite as rosy it appears. Miley Cyrus, Angourie Rice and Madison Davenport star.

All three episodes will launch Wednesday, June 5, on the streaming service. The series was created and is written by Charlie Brooker, and executive produced by Brooker and Annabel Jones.

Netflix describes the anthology series as tapping into “our collective unease with the modern world, with each stand-alone episode a sharp, suspenseful tale exploring themes of contemporary techno-paranoia leading to an unforgettable – and sometimes unsettling – conclusion. Without questioning it, technology has transformed all aspects of our lives; in every home; on every desk; in every palm – a plasma screen; a monitor; a Smartphone – a Black Mirror reflecting our 21st Century existence back at us.”

The Season 5 launch marks the first of Black Mirror since December’s post-Season 4 stand-alone interactive Netflix movie Bandersnatch, in which viewers could make choices for the main character, video-game style.