Continue to Deadline SKIP AD
You will be redirected back to your article in seconds
Skip to main content
November 29, 2021 11:00am 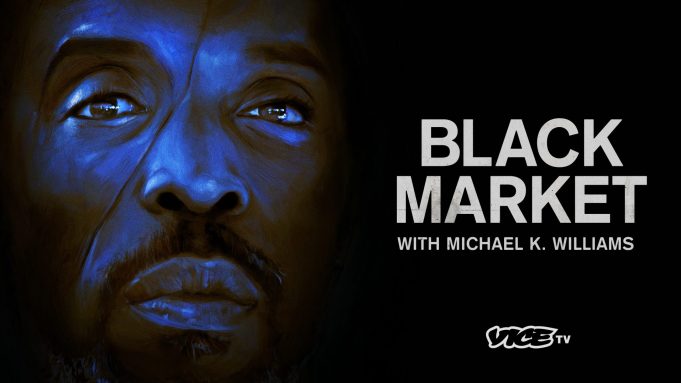 The docuseries hosted by Williams explores the complex underworld of illicit trades, unraveling how these criminal networks are reshaping our way of life, and offering an unflinching look into the lives of people operating in these markets.

Season 2 will examine how these shadow economies have evolved since the show’s first season, delving deeper into the conditions from which they arise, and the reasons why they persist. In the latest set of episodes, Williams will give audiences unprecedented access into the new era of credit card scamming, explaining how NYC’s secret world of boosting and flipping has reshaped mainstream fashion, black market body modifications and more. Through his unique approach to those he encounters, he ultimately seeks redemption for individuals looking to thrive in a system that has failed them.

“Black Market is a testament to Michael K. Williams’ dedication to criminal justice reform and social justice,” said Jesse Angelo, President, Global News and Entertainment, Vice Media Group. “Michael was a longtime friend of our VICE family and shared our belief in having all voices be heard – especially those in marginalized communities. Michael’s mission was to lift those voices up and we are honored to share this collection of new episodes.”

“While completing Black Market has been very difficult given the loss of Michael, it’s also been extremely rewarding to bring his vision for this season to the finish line,” said executive producers Ben Freedman, Dion Sapp, Matthew Horowitz, David Laven and Matt Goldman in a joint statement. “Michael was a gifted storyteller, who poured his heart and soul into his work both on and off screen. Black Market serves as a bridge between them.”

Added the EPs, “Black Market was more than a TV show for Michael. It was a mirror to a life he lived. An everyday struggle to transcend life’s obstacles. That fight isn’t always pretty but his documentary storytelling is a testament to the brilliance of everyday people making their way in a complicated world. We’re incredibly proud to be able to share this work with you.”

The first season of Black Market debuted on Vice TV in 2016. Williams—who died at his Brooklyn home on September 6, aged 54—notably earned one of his Emmy noms in 2018, as an exec producer of Outstanding Information Series or Special contender, Vice.

Check out the trailer for his final outing with Vice above.