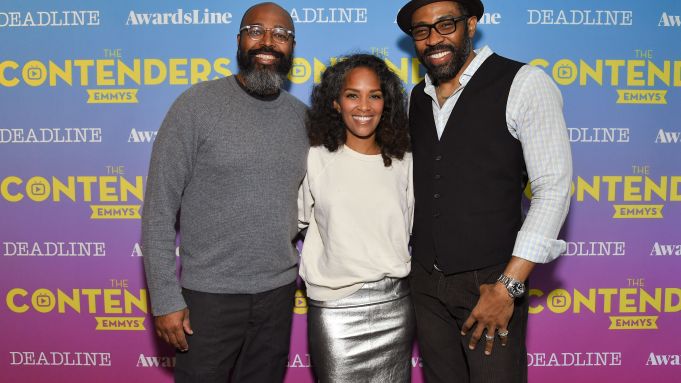 The CW superhero saga Black Lightning has plenty of the usual zap-bam-pow action one would expect from the genre and producer Greg Berlanti. But this tale of a conflicted African-American superhero who reluctantly returns to crime-fighting also had a deeper meaning to co-developer Salim Akil, who remembers a time when there were no role models for him in the comics and he was forced to improvise.

Speaking at Deadline’s annual The Contenders Emmys event, Akil recalled his fondness for Batman, which he adopted one year as his Halloween costume. “But what I realized as a kid is that the color of the mask didn’t match my hands, so I put on gloves,” he said. Akil said his biggest reward for doing the series will come when he sees the trick or treaters dressed as the Black Lightning character out on the street at Halloween — proof that no child of color will suffer what he did.

The series, from Berlanti Productions and Akil Productions in association with Warner Bros Television, is based on the DC comic book series and tells the tale of high school principal Jefferson Pierce, played by Cress Williams (who joined showrunner Akil and producer Mara Brock Akil on the Deadline panel). Pierce retired from his superhero persona Black Lightning after the crime-fighting duties broke up his family, but he is forced back into action when the rise of the local gang called the 100 leads to increased crime in his community.

Salim Akil said he went into development trying to show that super powers weren’t always positive. “I wanted to show the other side of powers, that they can take away, that they can be a burden. I thought that would be a great place to start,” he said.