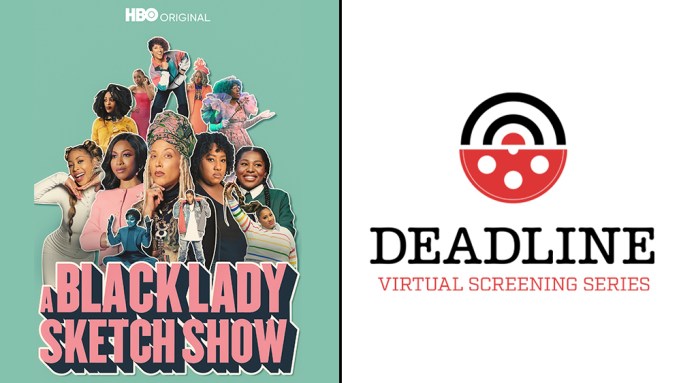 “There’s so many stories to tell in our community and in two seasons and only 12 episodes, we’ve barely scratched the surface,” says A Black Lady Sketch Show’s Robin Thede of the ambition of the recently renewed series.

“We talk about Black woman as if every Black woman just shows up in the same body and the same attitude and the same personality and the truth is the magic of this show is …the gamut is there,” adds the creator, executive producer and star of the multi-Emmy nominated HBO series.

In that vein, Thede was joined earlier this week for a virtual panel at Deadline’s Virtual Screening Series by her fellow nominees Supervising Editor Daysha Broadway, BLSS Head Writer Lauren Ashley Smith, and Community alum Brown – – as you can see in the video above.

“Black women, we don’t get to work with each other that often,” noted Brown, who amazingly is celebrating her very first Emmy nom out of her BLSS stint. “And we hardly ever get to work on a show created by one of us, edited by one of us, head writer is one of us, all the other acts are us,” the actress stated in what is the unique mix of the show in an industry still generally sticks to less powerful roles on both sides of the camera for Black women.

“It was like coming to hang with my girls. So, when this call comes in it is literally like the mothership calling you home,” laughs Brown.

“I have to give all credit to the incredible brain trust that is the writer’s room. of this show,” notes co-EP Smith of the innovation and exploration BLSS brings to every skit and episode.

“The women in the room come from such diverse backgrounds,” the scribe states. “And I know that sounds weird to say because it’s all black women, what ’s diverse about that? But we have diverse of religion, diversity of how we walk through the world with our gender, our sexual orientation, educational background, family structure, politics, world view.”

Reinforcing that POV, Broadway, who is nominated this year with fellow editors Stephanie Filo and Jessica Hernández for Season 2’s third episode “Sister, May I Call You Oshun?” says it is literally about quality and variety for her.

‘I think the challenge of that is what makes it great because I gate to attack every sketch as its own thing,” the Supervising Editor asserts. “Everything has a different genre …It’s great because as editors we get to flex all our muscles on every single episode.”