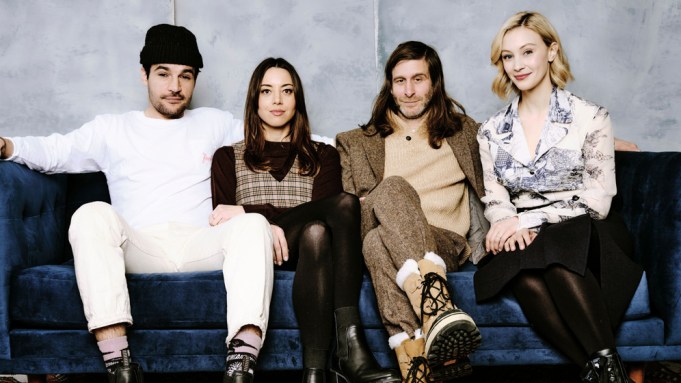 Black Bear writer-director Lawrence Michael Levine said that he wanted to explore his personal fears and anxieties he has when it comes to loss and breaking up of marriage in his new dramatic thriller that debuted at Sundance — and it came about in a very interesting way.

“I wanted to do something more unusual and spontaneous,” Levin told Deadline. He said that he was inspired by his sister, who is an artist and how she was very spontaneous when it comes to her creative process.

Black Bear takes place in a remote lake house in the Adirondack Mountains and follows a couple that entertains an out-of-town guest looking for inspiration in her filmmaking. As a result, the retreat turns into an unexpected game of deception, navigating self-awareness and vulnerability between the three artists played by Aubrey Plaza, Christopher Abbott and Sarah Gadon, who joined Levine in the Deadline studio at Sundance.

“I’ve never played anything where you play two separate characters at once,” said Plaza. “I thought it was a challenge to play two people who were similar but —”

The actors and the filmmaker managed to keep the twists and turns of the film secret as Abbott continued to talk about what drew him into the story. “It always starts with the script,” he said. “There’s a certain kind of banter and the challenge of the duality that happens in the movie.”