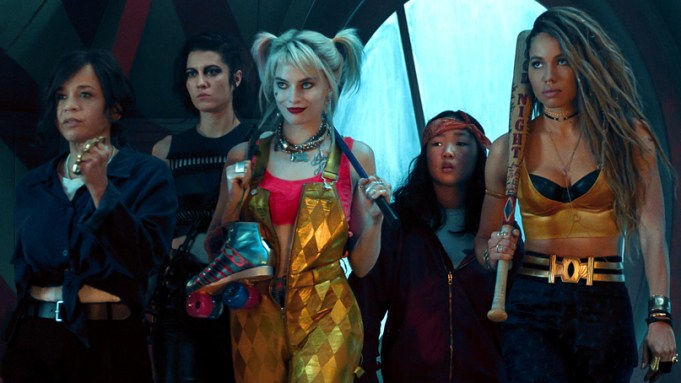 The daft energy and vivacious mayhem of the upcoming Birds of Prey will be a major change-up from the gritty Gotham City of Joker, and that’s made abundantly clear from the start of the just-released second trailer from Warner Bros. The trailer opens with a police station showdown that evokes the comedic rhythms of The Mask or Who Framed Roger Rabbit? Then the fun really starts…

Director Cathy Yan’s feature film debut is actually called Birds of Prey (and the Fantabulous Emancipation of One Harley Quinn) and, as the title suggests, the superhero action is geared more toward Deadpool’s deadpan humor than The Dark Knight bleakness.

The spotlight of course is on Harley Quinn (Margot Robbie), the fan-favorite Suicide Squad wild-child who teams with the Huntress (Mary Elizabeth Winstead) and Black Canary (Jurnee Smollet-Bell). Fans of the comics will be excited to see the Canary cry featured in the trailer, while uninitiated viewers might be heartened by the film’s screwball energy and its timely anti-romance theme (as St Valentine’s Day counter-programming the pic opens February 7).

Harley Quinn may be the most in-demand screen character in the DC Universe these days. Robbie gives voice to the character in the upcoming Lego Movie sequel and Kaley Cuoco of The Big Bang Theory voices her for the animated series Harley Quinn on DC Universe, the subscription streaming site. A different version of Harley also appeared last year in the final season of Gotham.

Check out the new Birds of Prey trailer above.