After Contract Renewal, Disney CEO Bob Chapek Looks To Prove Wishes Can Come True With Him Helming The Ship
Read the full story
October 1, 2019 9:20am 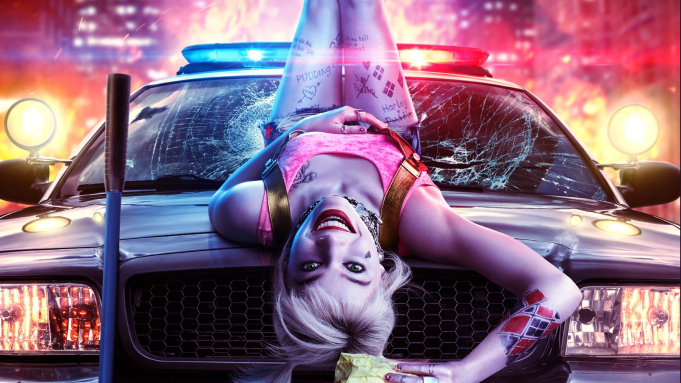 Good luck Gotham City, it looks like you’re going to need it. In the just-released Warner Bros trailer for Birds of Prey (And the Fantabulous Emancipation of One Harley Quinn), Margot Robbie returns to Bruce Wayne’s hometown as Harley Quinn, the volatile vixen of vivacity who made the leap from the pages of DC Comics to Hollywood’s big screen in Suicide Squad (2016). That $175 million PG-13 film piled up $747 million in worldwide box office due in large part to Robbie’s bawdy, wild-child performance — the new film will try pushing even further into edgy material with a R-rating.

The “emancipation” in the eccentric (and elongated) title is a nod to Harley’s relationship status after parting ways with her bad-boy boyfriend, the Joker (as played with pervy menace by Jared Leto in Suicide Squad). But being single isn’t the same as being alone, especially when you’ve got friends like the Birds of Prey. That’s the name for the “girl gang” that teams Harley with the Huntress (Mary Elizabeth Winstead) and Black Canary (Jurnee Smollet-Bell).

The trio will clash with Ewan McGregor as the mysterious and ruthless crime boss called the Black Mask. The cast also includes Rosie Perez as Renee Montoya, Ella Jay Basco as Cassandra Cain, and Chris Messina as Victor Zsaz. Now in post-production, Birds of Prey was directed by Cathy Yan and due in theaters on Feb. 7.

The trailer’s release is part of a huge week for Gotham City characters. This past Sunday night, Pennyworth (starring Jack Bannon as Batman’s future butler) closed out its first season on Epix. This Thursday, the highly anticipated Joker hits theaters and is widely considered a major Oscar contender. Next Sunday, the new R-rated Harley Quinn television series (starring Kaley Cuoco of The Big Bang Theory) will get a special preview at New York Comic Con. That same night,  Batwoman premieres on The CW. This year also marks the 80th anniversary of Batman.