Continue to Deadline SKIP AD
You will be redirected back to your article in seconds
Skip to main content
June 9, 2020 6:24am 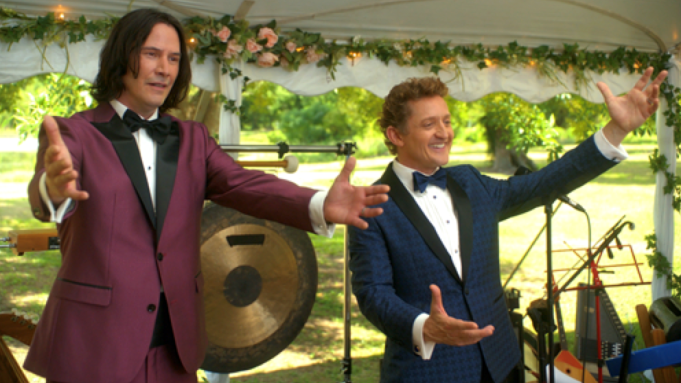 Here’s the first trailer for Bill & Ted Face The Music, which is set to see Keanu Reeves and Alex Winter return for a long awaited sequel to their cult time travel movies.

In the threequel, our most excellent heroes Bill and Ted are tasked with writing a song that will unite the world. They decide to travel in time to steal the song from their future selves, after they have already written it, coming up against a surprise that you can see above.

The movie is sticking to its theatrical release plans on August 21, via Orion Pictures through United Artists Releasing in the U.S., Warner Bros in the UK, MGM has certain territories and Endeavor Content is managing sales.

The previous two movies, 1989’s Bill & Ted’s Excellent Adventure and 1991’s Bill & Ted’s Bogus Journey, grossed around $80M combined. In the current climate, the pair’s message of ‘being excellent to each other’ should be most welcome.